Local filmmaker is up for a Journalism Excellence Award 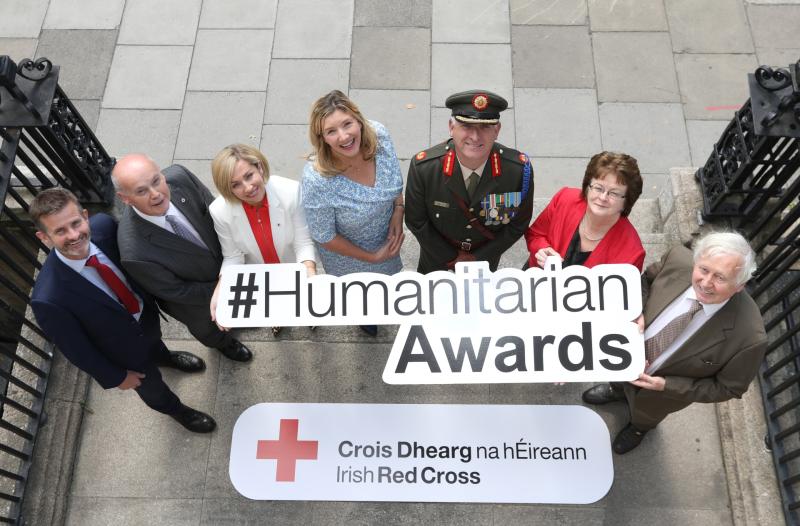 Longford journalist and film-maker Shaunagh Connaire has been listed among the finalists for the Irish Red Cross Humanitarian Awards.

Shaunagh is one of three female journalists who have been named as finalist for the Irish Red Cross Journalism Excellence Award.

The other two journalists in her category are former foreign correspondent with The Guardian and Emmy-winner Maggie O’Kane and Political Correspondent with RTÉ’s Current Affairs Department, Katie Hannon.

As an Emmy-nominated journalist and filmmaker, Shaunagh Connaire has a large portfolio of investigative journalism under her belt which has led to real and tangible change.

From the Ebola zone in Sierra Leone to the refugee crisis in the Middle East, Shaunagh has given a voice to the voiceless.

In the past two years, Shaunagh reported on the lives of Syrian refugees in the Middle East and Europe and her investigation into the plight of sick refugee children ultimately helped lead to a Syrian family being resettled, thanks to her lobbying during and after “Dying to come to Britain” aired on Channel 4 Unreported World on 7 April 2017.

Emma Mhic Mhathúna (In Memory), Mark Mullan and Alice Leahy have been shortlisted for the title award of the night, Humanitarian of the Year.

The students from Tullamore College have been shortlisted for the Student Initiative Award for their campaign to revoke, on human rights grounds, the deportation order of their friend Nonso Moujeke. They are joined in this category by Jessie Clohisey of Sail Against Suicide and medical student Niveta Ramakrishnan.

Tech for Good Dublin, Ó Cualann and FoodCloud are finalists for the Innovation for Change Award while Aviva, Fleming Medical and Amgen have been shortlisted for the Corporate Impact Award.

The winners will be announced at the Irish Red Cross Humanitarian Awards Ball which takes place on 24 November in the Clayton Hotel, Burlington Road Dublin. Pat Hume will be presented with a Lifetime Achievement Award, the Irish Defence Forces will be given a very special honour, and Irish Red Cross ambassador Jason Black who summited K2 this summer will also be in attendance on the night.