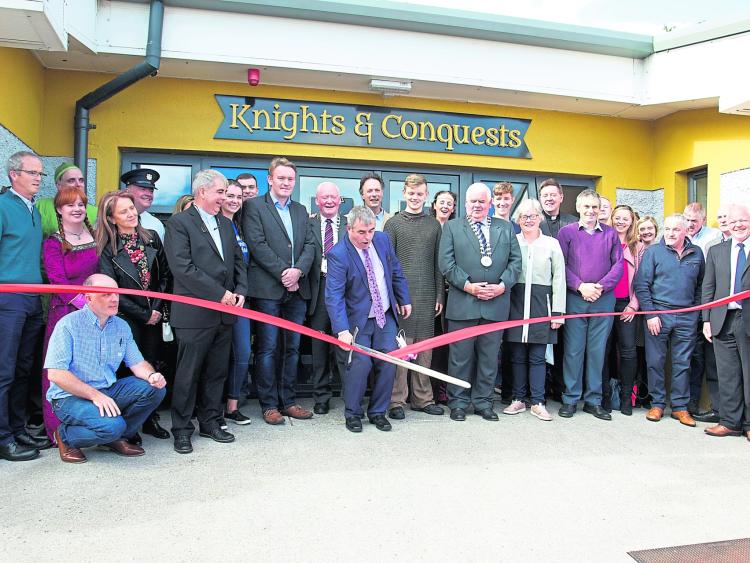 Longford County Council’s decision to throw out plans by a Dublin based firm to establish a waste facility within touching distance of a recently opened north Longford tourism and visitor centre has been hailed a “good news” story for the area.

Paul Flood, secretary of Granard Motte Community Enterprise Ltd, the firm behind Granard’s Knights & Conquests Heritage & Visitor Centre, expressed his satisfaction at the local authority’s decision to refuse planning to Ballinvalley Ltd over its plans to install a ‘Material Recovery and Transfer’ plant at the town’s Teemore Industrial Estate.

The Leader broke details surrounding the decision on its website longfordleader.ie last Thursday after revealing just a week previously how more than 20 objections had been submitted by local residents and politicians.

“I think from Granard’s point of view, it (planning decision) is good news,” said Mr Flood.

Pressed further as to whether the rejection was equally welcoming from the interpretative centre’s standpoint, Mr Flood said simply: “Obviously, that’s (centre) very much part of Granard.”

Local Cllr PJ Reilly, who was one of those to lodge his own reservations over the plans lodged by Ballinvalley, said the ruling was both appropriate and practical under the circumstances.

“I think it was the correct decision by Longford County Council as the site wasn’t appropriate for this type of development,” he said.

“Number one, you are talking about it (proposed waste facility) being close to an interpretative and heritage centre and then you are also talking about being under the shadow of the Granard Motte, one of the most historical sites in the midlands.”

Cllr Reilly said the close proximity of a number of households and local businesses were further factors behind his scepticism of the plans.

Those comments follow the Leader’s confirmation also last week of plans by Granard Motte Community Enterprise Ltd over its designs to press ahead with the second phase of its development.
They include proposals to create a Norman style village, comprising 19 traditional, single-storey buildings, contained within a timber palisade fence.