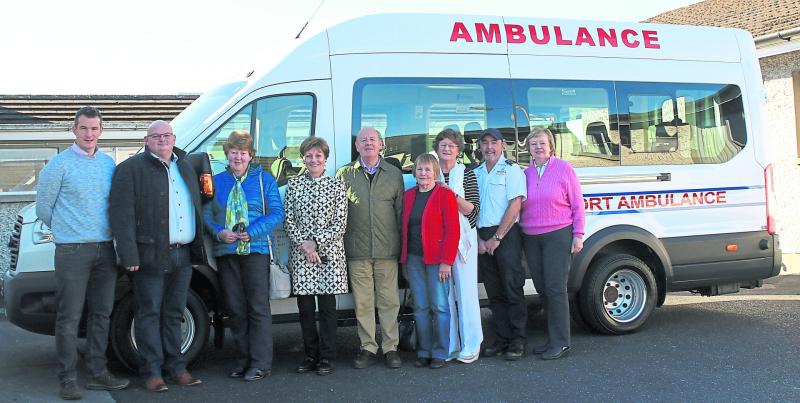 Ballymahon duo Darren Mulledy and Pauric Connolly, organisers of the Malin Head to Mizen Head Charity Cycle, set out with a target of €10,000 but the overwhelming support of people and businesses soon smashed that goal.

In the end a massive sum of €57,000 was secured and now two cancer care projects have been completed as a direct result of this campaign.

The first project saw funds used to create a space in the South Westmeath Hospice building for patients and their families to use and it is called the new family room.

Chairperson of the South Westmeath Hospice, Pat Braiden said, “The Hospice Committee is very proud of how well the new Family Room is being received by patients and their families. To date we have had a wedding blessing and a birthday party in the room. This is testament to the beautiful space that has been created by the funds raised by all the cyclists.”

The second project saw a 161 Ford minibus with full wheelchair accessibility presented to the Committee of Longford Hospice Homecare. This bus will be used to take oncology patients to Tullamore so they can receive their treatment.

At the moment the committee have two ageing minibuses with one eleven and the other eight years old. These buses were funded by the Longford Hospice and Homecare Committee and the HSE employ the drivers, fuel and look after the maintenance costs.

Chairperson Dan Rooney expressed the Committee’s delight with the addition of the new bus. He thanked everyone who took part in the cycle and the many people and businesses who contributed so generously to the cause.

Dan especially acknowledged the great efforts of Darren and Pauric throughout and their great drive and enthusiasm to “get the projects over the line.”

Darren and Pauric stated that accountability is very important when dealing with public money and they are delighted to see these projects concluded and again thanked everyone who contributed in so many ways to make the venture such a brilliant success.