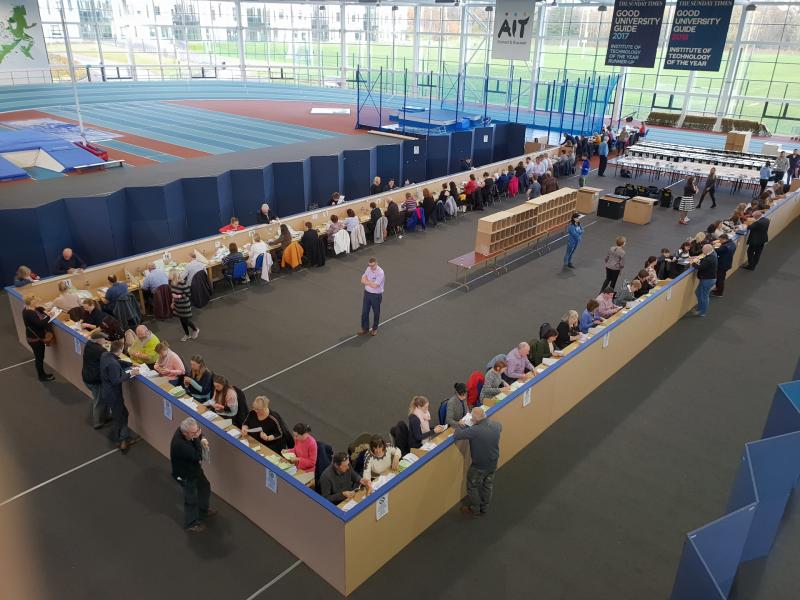 A snapshot of proceedings at Athlone's Institute of Technology this morning

Early indications showing a last minute surge in support for businessman Peter Casey is being reflected during early tallies taken from the Longford Westmeath constituency.

The former Dragons' Den investor, rumoured to have attracted in excess of 20 per cent of the vote in exit polls released last night, has carried that momentum into today's official count.

According to a tally taken from a box in Ballinamuck, Mr Casey came in with 60 votes, some 18 ahead of Michael D Higgins on 42 with fellow businessman Sean Gallagher and Sinn Fein's Liadh Ni Riada both on 10 votes.

In Ballinalee, Mr Casey also came out on top, albeit by a narrower margin, thanks to a final 119 vote total, compared to incumbent Mr Higgins' 111.

A box recorded from Granard National School did return a result in favour of the former Labour minister however with Mr Higgins on 19, five votes ahead of Mr Casey on 14.