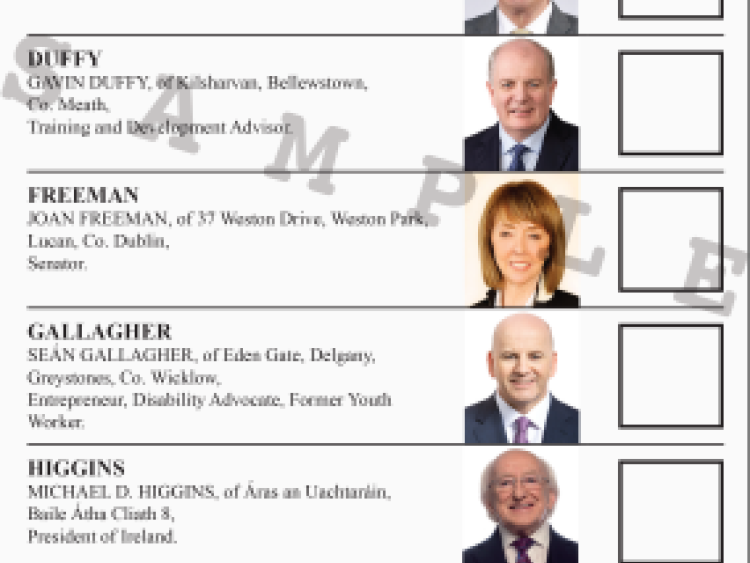 Voting takes place between 7am and 10pm today

If early indications are anything to go by, turnout levels in the 2018 presidential election and blasphemy referendum look set to fall considerably below the 64 per cent total that prevailed during May's abortion referendum.

Just one person had posted their vote in booth no. 1 at Granard's Sacred Heart National School when the Leader popped in at around 8:20am.

By 10am around 3 per cent of the electorate had cast their vote.

In Killoe, the figures didn't get much higher with four voters out of 297 having marked their ballot papers.

The last time the voting public were tasked with exercising their democratic right, a sizeable 64.5 per cent came out to vote.

The low level of activity at polling booths across the county has also raised questions as to whether the 2018 presidential election will surpass or even match the 56.1 per cent turnout at its 2011 equivalent.

Alongside deciding on the next head of State, voters are also being asked if they agree with the proposal to remove blasphemy as an offence from the Constitution.

More than 3.2 million people are eligible to cast their ballots.

Polling stations will be open between 7am and 10pm with counting expected to get underway from 9am tomorrow.