Remembering the Longfordians who died on RMS Leinster 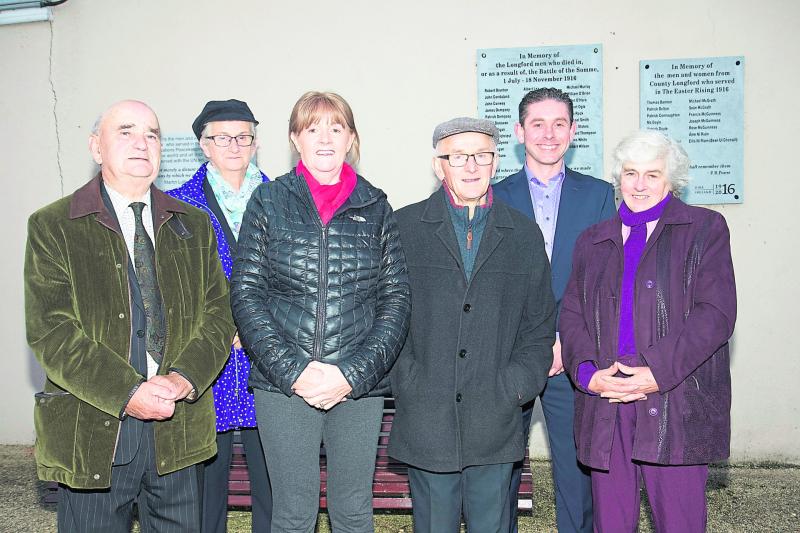 Longford County Library, Heritage and Archives Services commemorated the centenary of the sinking of the mailboat the RMS Leinster on Wednesday, October 17 last.

A local army doctor, Edwin Boyers, was involved in treating the survivors but he caught pneumonia and died within a couple of weeks.

Speaking to the Leader, Doreen McHugh said the sinking of the RMS Leinster had become a “long forgotten about” episode in Irish history.

Because of this, she added, it was necessary that those Longford people who died aboard the ship be commemorated in a special way.

Meanwhile, Joan Sugrue granddaughter of the late William Henry Wakefield said she was delighted to attend the commemorations here in Longford.

“The flag raising ceremony and the ecumenical prayers and readings in the Remembrance Garden were extremely meaningful and as a family member I also found this very supportive and understanding of our grief and loss,” she added.

“The evening continued in the library where the history of this horrendous tragic event was put in context, and information about the six individual people who lost their lives was presented.”

Ms Sugrue also said that for her, true remembrance was about the names and stories becoming known, and this,” she added, had been done “in a very dignified and respectful way”.

“For me personally this is where my grandfather was spoken about as a person with a family and life and not just as a body that was never recovered; I found this very honouring of him.

“I felt very welcome and supported at this event as a family member who had lost a significant person in my life before I was even born and I felt privileged and honoured to be there.”