Anne Igoe is Longford Carer of the Year 2018

'I’m just doing what any grandmother would do' 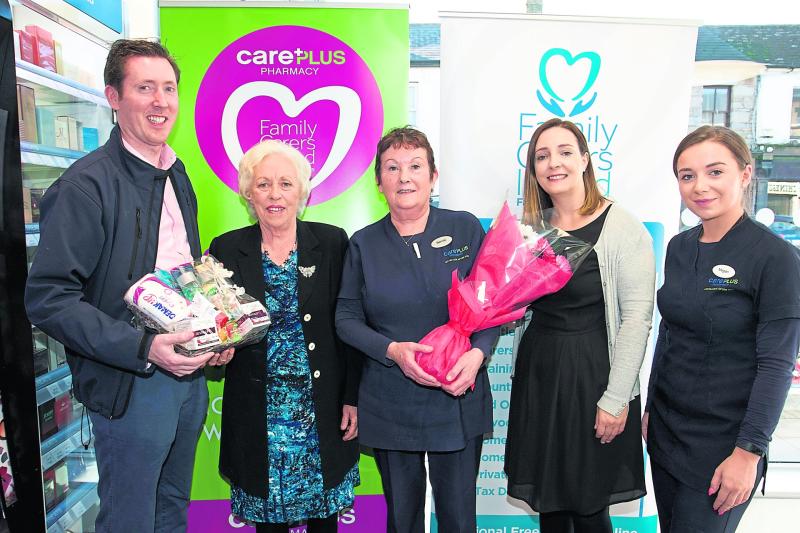 Padraig Loughrey with the Carer of the Year winner Anne Igoe, Bernie Connaughton from Care Plus, Denise Nolan from Family Carers Ireland and Megan Rossiter from Care Plus. Photo: Michelle Ghee

Anne Igoe from Melview is the recipient of this year’s Longford Carer of the Year award which was bestowed upon her at a special ceremony last week.

Nominated by Bernie Connaughton in Loughrey’s Pharmacy, Anne beat off stiff competition to clinch that much coveted title on the day.

The Longford woman has been caring for her four grandchildren, one of whom has special needs, since their mum Fionnuala died 12 years ago.

At the time of her daughter’s death Anne’s grandchildren were aged between 11 and four years of age.

Six weeks after Fionnuala passed away Anne’s husband Brendan became ill and within 11 month he died too.
Anne cared for Brendan throughout.

“I’m just doing what any grandmother would do for her grandchildren,” she told the Leader on Monday.

“When the children came to live with us my husband was alive at the time but unfortunately within a few months he died too.
“I do the best I can; the children keep me going too.”

Meanwhile, in the intervening years Anne has been blessed with two great grandchildren, so while its a full time job looking after her brood, she says the children are her life.

“I love them all dearly,” she added, before pointing out that she is a homebird and that is where she likes to be.

“I want to take the opportunity to thank everyone who has helped and supported me over the years including my son Brendan and my family.”