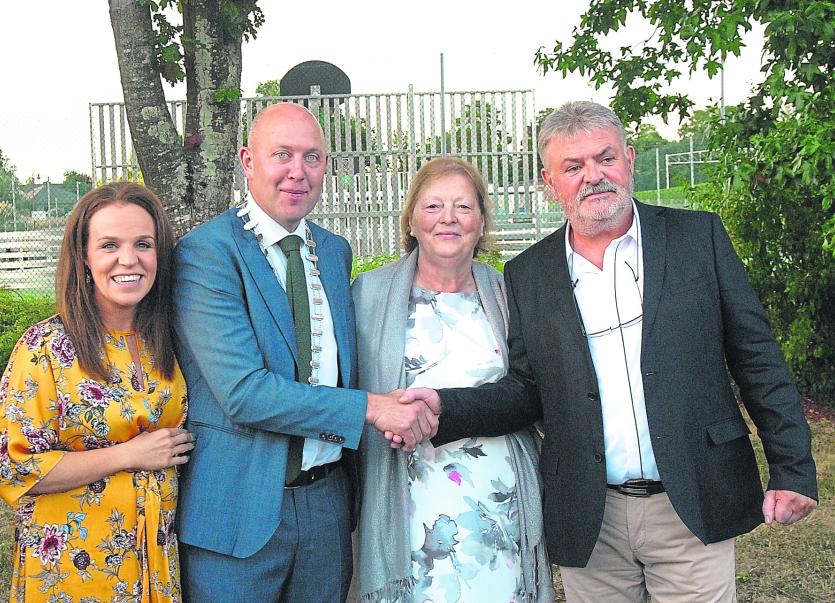 Ballymahon Twinning recently travelled to Landévant in the Brittany region of North West France on the invitation of Landavent Twinning and The Mayor of Landévant.

The visit which went on for a week included a group of sixteen members of Ballymahon Twinning including Paul Ross, Cathaoirleach of Ballymahon Municipal District and his wife Jenny.

This year, the visit focused on French Tourism in Brittany and the Ballymahon Twinning group were given a hands on taste of rural tourism with a specific focus on cultural and farming tourism.

One of the main features of this year's visit was the exploring of the standing stones at Erdivan, which are part of the wider pre historical settlement of Carnac.

The site is over 6,000 years old and attracts very big numbers of visitors from around the world every year which in itself is causing problems for the way the Neolithic site is managed.

The group who were guests of Landévant twinning and The Mayor and Council of Landévant throughout the week, were part of a special Civic Function at the towns Civic Offices on the final evening of their visit.

During the formal part of the Reception The Mayor, Mr Jean-Francois Le Neillon welcomed the visitors from Ireland and thanked Cllr Ross, The Mayor of Ballymahon Municipal District and his wife for making the journey.

He outlined the importance of tourism to the economy of Landévant and spoke of the value of twinning as a method of growing tourism in both Landévant and Ballymahon.

Cllr Ross, speaking in both French and English, thanked the Mayor for his welcome and spoke about the “learning process”, the visit had been for himself and the Ballymahon Twinning group, especially by way of new approaches to tourism development.

Breege Murray, President of Ballymahon Twinning outlined the importance of the twinning movement especially to towns like Ballymahon and Landévant.

She stated that it was her hope that schools, tourism groups as well as sporting and cultural groups in both Ballymahon and Landévant could become more connected as part of the twinning process.