Latest round of funding under Town and Village Renewal Scheme announced 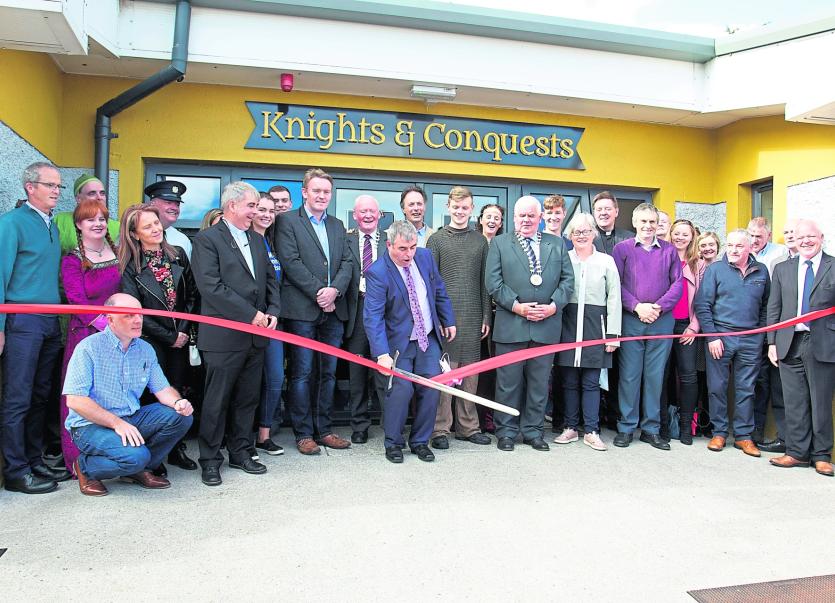 Close to €90,000 is to go towards the development of a coffee shop at the Knights & Conquests Heritage & Visitor Centre in Granard.

Over half a dozen locations across Co Longford are to share almost €600,000 between them under the latest round of funding from the State's Town and Village Renewal Scheme.

Ballinalee, Ballymahon and Edgeworthstown are the biggest winners, receiving €100,000 each for the development of various projects aimed at rejuvenating rural Ireland.

Other areas to receive cash windfalls include Ballinamuck, Legga in north Longford, Newtowncashel, Granard and Stonepark.

The investment, which was rolled out through Rural Affair's Minister Michael Ring's department and announced by OPW Minister of State Kevin 'Boxer' Moran, is principally aimed at areas with populations of less than 10,000.

Mr Moran paid particular emphasis on the securing of €100,000 for a bus car parking facility in Ballymahon as well as monies allocated to further development of the Knights & Conquests Heritage & Visitor Centre in Granard.

"I am also particularly pleased to see that the sun of €87,600 has been granted for the conversion of an empty building into a coffee shop in the Interpretative Centre."

Fellow Longford Westmeath TD Peter Burke, was equally wholesome in his praise of the funding announcement.

"This is a further commitment from the Government to rural Ireland to invest heavily in our small towns and villages and make them more positive places to work and live and to stimulate business and the local economy," said the Fine Gael TD.

"This investment will go a long way.

"I lobbied on behalf of a number of these projects, including the business hub for Edgeworthstown which has been given €100,000 from the Minister."

"The Government’s commitment to supporting rural Ireland is further underscored through the new €1 billion Rural Regeneration and Development Fund which was launched this year as part of project Ireland 2040," he said.

"This new Fund will provide an opportunity to deliver more integrated and ambitious projects which will further support the revitalisation of our rural towns and villages in the coming years."

Here are a full list of the projects earmarked for funding: