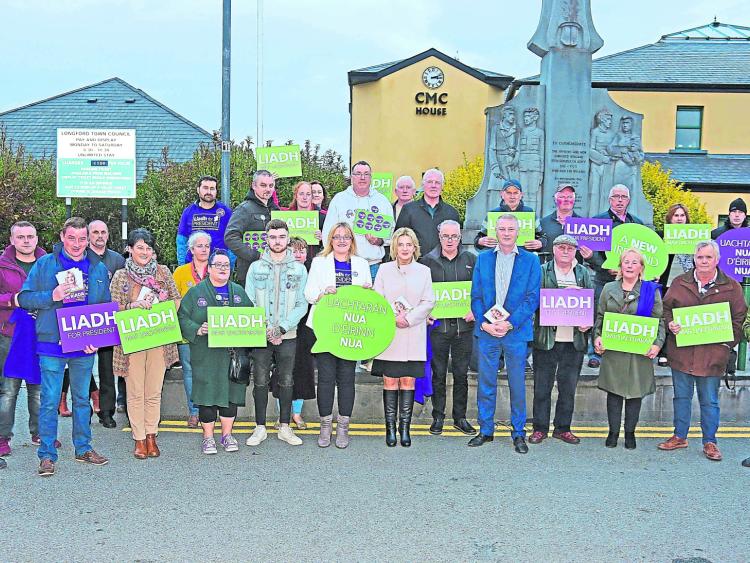 Sinn Féín presidential candidate Liadh Ní Riada believes she has a real and credible opportunity to become Ireland's next head of State.

The Sinn Féin MEP was in Longford on Saturday evening where she met local organisers and members of the public as the first week of official campaigning for the Irish presidency got off the ground.

“In every single county there are people like yourselves that are completely and absolutely know in their hearts and souls that we can win this campaign and it’s time we bring those Republican values to every single door,” she told an assembled crowd of onlookers at the Cathedral Car Park.

In hailing the virtues of social justice and equality, Ms Ní Riada said there was equal need to discuss the merits of a united Ireland.

“This is a great opportunity to talk about a united Ireland, to talk about the kind of Ireland we want for the next seven years,” she added.