'Winners' to be staged in October 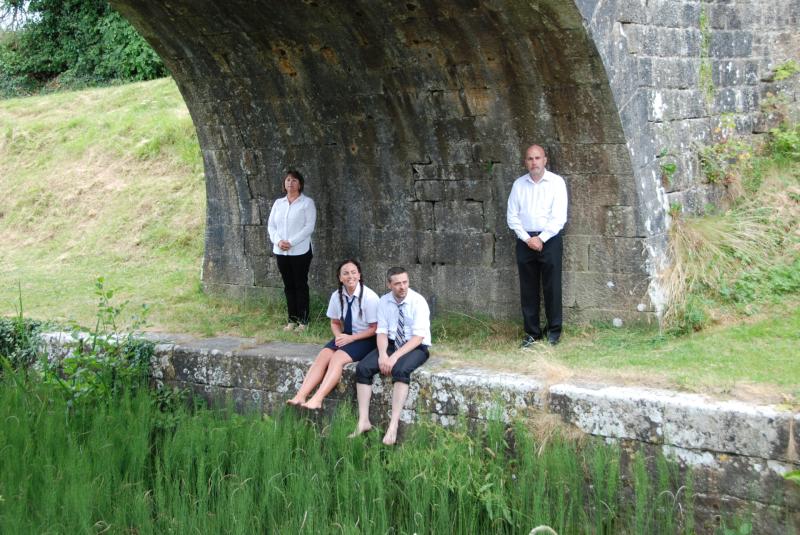 Formed in 1988, the group which grew out of the former Longford Dramatic Society, has been phenomenally successful and is now an integral part of the cultural fabric of Co Longford.

During the early years the group staged productions on a makeshift stage in the function room in Longford Slashers GAA club and those days are fondly remembered by the more senior members of the group.

“The biggest change over the past 30 years would be the evolution of the theatre from our beginnings in the ballroom of Longford Slashers,” said Ollie Kenny, who has been involved since the very beginning.

“There was huge crowds there - we had way too many people coming into that function room.”

Many of those early productions enthralled local audiences with productions such as 'One Flew Over the Cuckoo’s Nest' and 'A Whistle in the Dark' going forward to represent the Longford group in All Ireland Drama Finals.

Both productions, which were directed by Mick Reilly, were runners up in their respective finals with 'A Whistle in the Dark' going on to win first place in the prestigious International Drama Festival in Dundalk.

The current Honorary President of the group, Pat Joe McLoughlin, was a cast member in both productions.

The group’s association with Longford Slashers became more profound when both organisations embarked upon a joint venture to build a new state of the art theatre in the grounds of the GAA club.

Fundraising commenced and grant aid was secured, which culminated with the late Albert Reynolds TD officially opening the new 'Backstage Theatre' in 1995.

“Backstage Theatre is the most brilliant facility in the midlands. All of the professional theatre companies love coming here and that’s a fact.

“We’ve heard it from the Arts Council and I know it myself from my work with the Backstage Theatre and my involvement with the Drama League of Ireland.

“It’s something you’d expect to see in a city. It’s a brilliant performance space.”

The theatre is now governed by a board of directors nominated by Backstage Theatre Group, Longford Slashers GAA Club and Longford County Council.

The group has also hosted national drama events, most notably being the All Ireland One Act Drama Finals in 1998 and also in 2009.

This is particularly memorable as the group won the Best Play Award in the Confined Section in the 2009 Finals with 'Small Box Psychosis', directed by Gus Hanly.

From the outset many successful and popular productions have been staged by the group, which strives to stage a number of plays each year.

Particularly popular are the One Act Plays which the group finds an entertaining and useful way of introducing new talent in both acting and directing to Longford audiences.

Some of the group’s One Act Plays have won critical acclaim on the national One Act Festival Circuit with 'The Chip Van Plays Dixie', directed by Declan Donohoe, securing Fourth place in the One Act Open Final in 2015.

“We’re having brilliant fun. It’s a really fun play to direct. The theme is serious but there’s great fun in it. We’re really enjoying the process.”

Christine has directed a One Act play for the group in the past, but this will be her first time directing a full production like this.
“I’m enjoying it. Brian Friel is one of the best playwrights to come out of Ireland and his work is layered,” she said.

“It’s not all obvious stuff, so it’s just been a great challenge to read into it and find the layers that are in it and try and bring out the story as much as we can - playing each line hopefully the way it was intended to be.

“Friel wrote ‘Lovers’ with ‘Winners and ‘Losers’ to be played together but I personally feel that ‘Winners’ is strong enough to stand alone.”

To mark their 30th birthday, group members will provide audiences with complimentary wine and some pleasant musical entertainment as a prelude to 'Winners', the Brian Friel classic, on Friday Saturday October 12 and 13 at 8pm in Backstage Theatre.