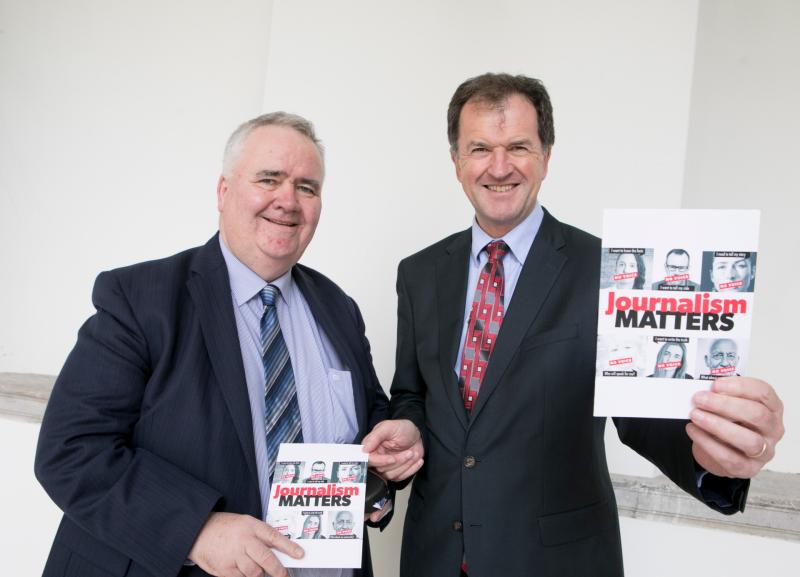 Imagine a world where there were no journalists at local courts, a society where wrongdoers did not have to worry about having their crimes reported in the newspaper read by their local community.

Or a local council that was not held accountable by anybody, because there were no reporters at the key meetings, and no real journalism to question the use of taxpayers’ money, or the decisions that can have a real impact on local people’s lives.

Journalism matters. Without it, communities would not be kept properly informed. The advent of fake news is another sharp reminder that people need news that they can trust.

This newspaper has a proud history of doing the basics of local journalism – that means having reporters at our local courts and council meetings, along with numerous other events and gatherings that make a difference to local life every week.

Strong, independent journalism, however, is under threat as never before. The business model for local newspapers has been profoundly affected by the internet – and in particular by the dominance of the so-called ‘duopoly’ of Google and Facebook.

Local newspapers are fighting back, however. We pride ourselves on giving readers a first-class service, in print and online.

ut in these fast-changing times, nobody should take for granted the ability of local titles to continue providing trusted news.

The #JournalismMatters campaign was launched at Leinster House last week. As an industry, we believe Ireland can take practical steps to ensure a sustainable future for good journalism in this country.

The campaign has identified five key measures, which you can read about elsewhere in this edition. They include a reduction in VAT, reform of draconian defamation laws, investment in training support schemes for journalists and a fund to drive innovation.

We hope you, our valued readers, will support this campaign – because trusted journalism has never mattered more.