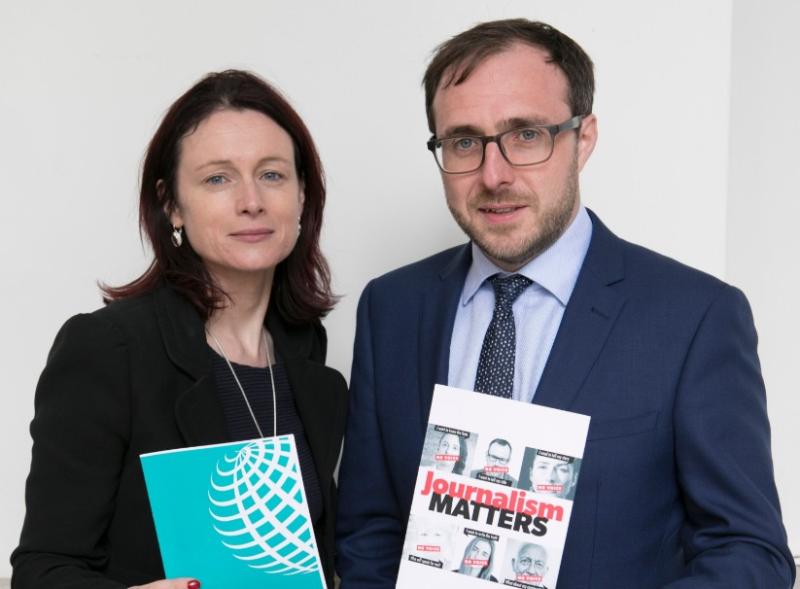 This week marks ‘Journalism Matters Week’, a seminal moment in the history of the Irish newspaper industry, which sees every single local and national newspaper in the country collectively publishing editorials, which celebrate the value of an independent press.

It is a coordinated effort, led by Local Ireland and NewsBrands Ireland, the representative bodies for the local and national newspapers, and is designed to highlight the vital role the press plays in a vibrant democracy and to call on the government to support a number of measures being sought by the newspaper industry to ensure its survival.

Irish newspapers, local and national, and the journalists who work for them, are the voice of our people, their communities and regions. Support for Irish journalism matters now more than ever.

The role of newspapers – informing, nurturing and improving communities – continues to be of vital importance.

It could be argued that this role is needed now more than ever with the onset of ‘fake news’ and the rapid spread of misinformation on the internet.

Freedom of expression remains a keystone of our democracy, but make no mistake – it is under threat.

It is vital that journalism is protected by a legislative framework that empowers journalists to do their jobs – that is, to inform the public and to hold accountable all those in positions of power.

That is not currently possible, and we continue to wait for much-needed reform of our defamation laws.

The European Court of Human Rights (ECHR) is quoted as saying that the unpredictable and excessive awards of damages and legal costs in Ireland have a chilling effect upon the media “and upon the right of the public to be informed of issues of significance”.

Other threats remain. In the face of declining print circulations, the current 9% VAT rate on newspapers represents an exorbitant tax on reading; on literacy; on information itself.

We call on the Government to reduce the VAT rate on newspapers and digital news sites to 5% in the forthcoming Budget.

Other measures the industry is calling for include the need for a Minister for Media, ensuring that one member of the Cabinet has full oversight of all elements of the media.

In addition, many European governments support their newspaper sector with measures such as training, distribution, and innovation subsidies. Ireland is currently an outlier within the EU in terms of support for independent journalism, but supportive action now will change that.

The value of local newspapers such as this very title you are reading is that we cover our own communities, from court reports, to council meetings, to sport and culture, births and deaths, triumphs and defeats both great and small, but nonetheless important in our corner of this world.

Local news reporting creates a baseline of information that aids in the detection of deeper issues, and at its best, serves to prevent problems from developing. Without local journalists to ask the questions and make the observations, scandals slide by unchecked.

In local news, the work we do is a labour of love because we are working in the place we live, the place we raise our children; but most importantly telling the stories that concern our own people and the issues that affect them.

It is vitally important that independent journalism in Ireland is supported as it is in other EU countries.

The best way the Government could show their support for good Irish journalism is to support the aforementioned measures being sought by the newspaper industry.