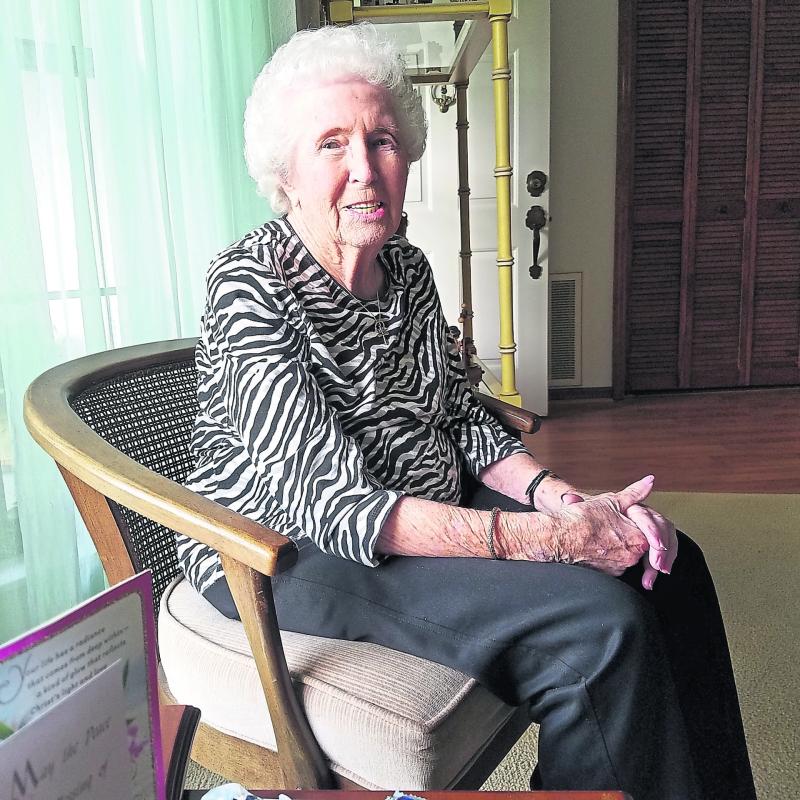 Mary reached the century milestone on Tuesday, September 4 to the delight of her family and closest friends.

Mary's mother Kate was the daughter of Thomas Harrington who was the village shoemaker in Tashinny while her father, Edward Keegan was a coachman in Colehill House for William and Eliza Yates.

After the Yates passed on, her father became the first resident of the village to own a motor car and offer the services of chauffeur to the locals as needed.

Mary and May Murphy (mother of Mike Esler, who submitted this article), were best friends in their formative years. When Mary arrived in New York that friendship continued as May was already living there.

In June of 1951, Mary was admitted to the US to begin a new life that offered more opportunities.

She worked in the radiology department in a New York Hospital for nearly 30 years.

After retiring she moved to Florida where she married James Hickey.

Mary and Jim purchased a home in Inverness, Florida and after Jim passed on Mary chose to remain in their home with all its memories.

Mary still lives in her own home and enjoys reminiscing about Tashinny and the surrounding area as well as all the characters she remembers so fondly.