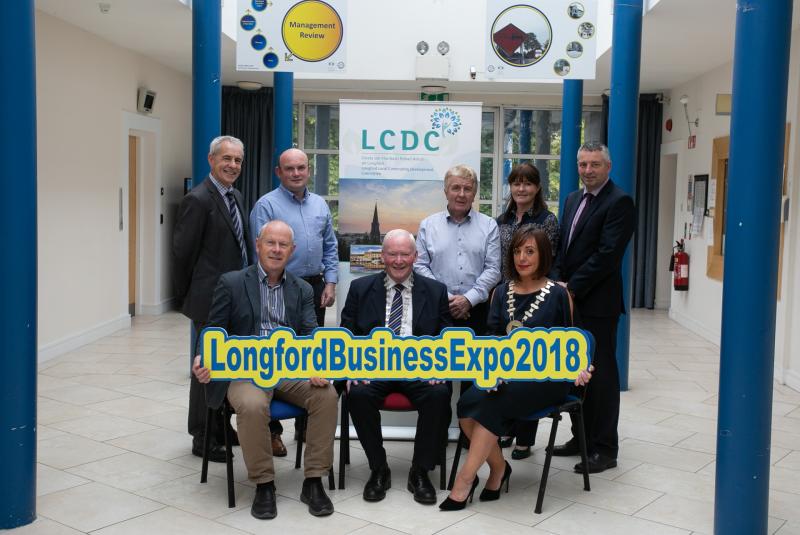 Longford Chamber of Commerce & Industry have announced details of Longford Business Expo 2018, which will take place in the Riverside Shopping Centre on Friday, September 28 and Saturday, September 29.

It is the first time that the centre will open up to the public since the last Chamber organised Expo in 2012.

Speaking at the recent launch, Chamber President, Niamh Donlon, paid tribute to Longford County Council and LCRL, who have helped drive the project along.

She said: “The project could not happen without the funding from LCRL and in particular I want to thank Margaret Walsh who was a fantastic link person with LCRL and then the board members of the LCRL and LCDC who ultimately approved the funding.”

The Chamber have been working closely with the team at the Local Enterprise Office Longford in the build-up to the Expo which will be one of the largest commercial events in the Midlands this year.

The Expo will showcase over 120 local businesses and will also feature a number of guest speakers and workshops. One of the confirmed speakers will include former Dragon’s Den investor and radio host, Bobby Kerr.

Said Ms Donlon: “The weekend will showcase the many industries and service businesses in the County but there will also be a big focus on retail as we look to re-establish Longford as a retail force.”

Full details on the line-up of speakers and workshops will be announced next week. The event goes ahead with the support and co-operation of the new owners of the centre, Omniplex, and Ms Donlon also paid tribute to Omniplex Chief Executive, Mark Anderson.

The Chamber President said these are very exciting times with a number of major projects in the pipeline for the town.

There are still some slots available for businesses wishing to take part and those interested should contact Longford Chamber on info@longfordchamber.ie or register their interest online at www.longfordbusinessexpo2018.ie.