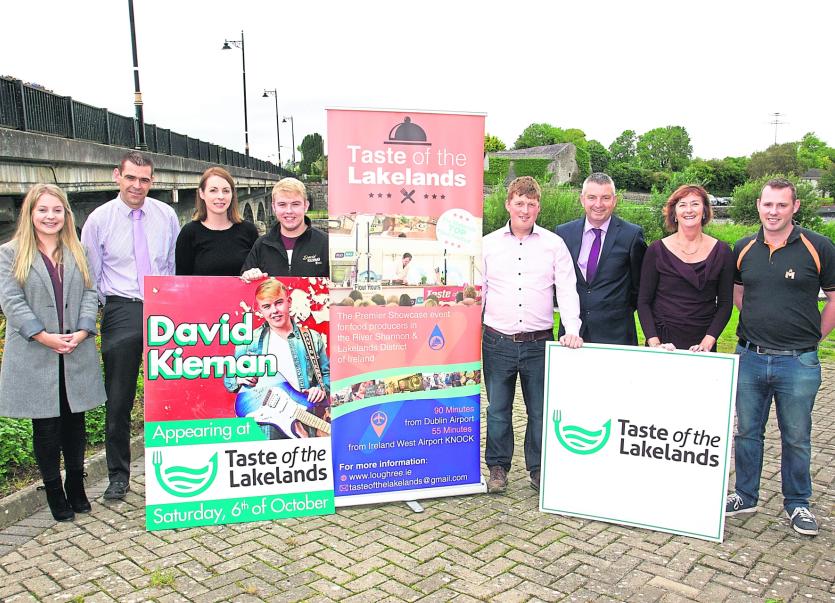 The launch of Taste of the Lakelands 2018.

The Taste of the Lakelands Festival, which gives a valuable platform to local artisan food producers from the Shannonside region to showcase and sell their products was officially launched last Friday afternoon in Lanesboro.

In its third year, the festival, which takes place on the weekend of October 5 - 7, was launched by Minister for Communications, Climate Action and Environment, Denis Naughten TD.

The festival this year will host over 40 producers and have a number of cookery demonstrations presented by well-known chefs to include Kevin Dundon and Catherine Fulvio.

There will be a craft section, a school’s competition organised by Fiona Egan, a kid’s activity area and a new feature this year is musical entertainment at 3pm on both days with music from Mick Flavin, Ciaran Rosney and David Kiernan.

An exciting development this year is the launch of the Lanesboro based Lough Ree Distillery on the Friday evening, October 5, in the festival marquee.

Anyone who wants to acquire a bottle of gin from the first batch ever to be produced is invited to attend.

For more details, please check out the website www.tasteofthelakelands.ie.