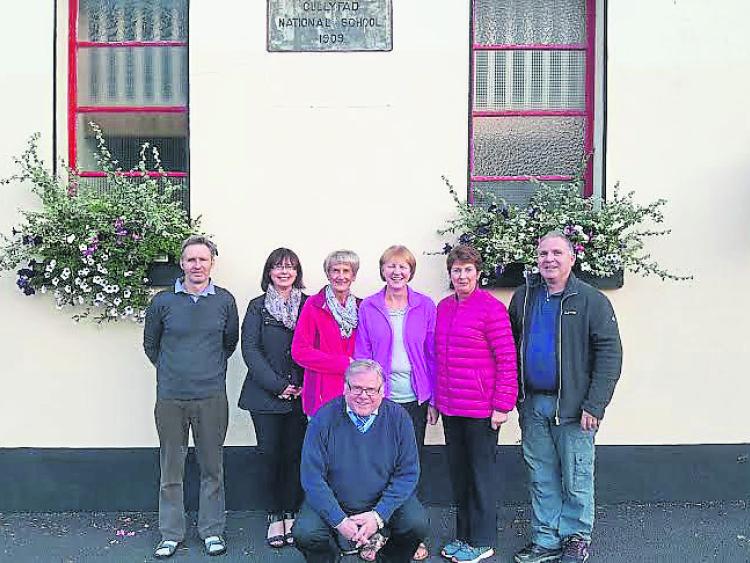 A massive push to create a very special school reunion in Cullyfad has just begun in the north Longford village.

The committee has been established comprising Kevin McGeoy, Anne Creighton, Bridget Dolan, Ann Murray, Roisín Lennon, Eugene Caherly, John Dowd and May Muldoon and plans are in place to hold a reunion of a very large number of past pupils, many of whom have settled all over the world.

The plan is for next August, but there is much work to be done between now and then to bring this very special event to fruition.

Speaking to the Leader, committee member Eugene Caherly said the focus for now was on reaching out to past pupils across the world and encouraging everyone to come together for the event.

“We are organising this reunion for August 2019; the school has a huge history and played a very important role in the community here for a long number of years,” he added, before pointing to the school building’s historical significance.

The building is at the heart of the Cullyfad community - always has been - and is now the local hall.

“The school opened in 1909 and closed in November 1971 so as you can imagine there are a lot of names on the role books.

“It closed as result of all the schools in the parish of Killoe amalgamating and at the time it closed there were approximately 50 pupils enrolled.”
The Committee is hoping now that the message will go out about the reunion and that those interested will make contact.

“The event itself and how it will all pan out will depend on numbers!
“We also plan to publish a booklet, so we are looking for old photographs at the moment,” continued Eugene.

“We also want to hear people’s stories and recall all the wonderful memories that are out there.”

Indeed, the committee members themselves brought many stories and memories to the fore during the lively conversation at the community centre in Cullyfad last Thursday evening, and there is no doubt that the area is steeped in history.

They recalled the big house and its beautiful orchard which brought its own set of temptations to pupils returning from school!

The entire area of Cullyfad was once part of the Bond estate and Newtownbond Graveyard is located on the grounds of the old Newtownbond Estate just a few miles from the village.

There is a lovely quiet walking route, which takes along tree-lined county roads to the estate where the ruins of an old church and the old graveyard.

It is believed locally that there is also a famine graveyard in this area but that has yet to be confirmed. An old walled garden, which was originally part of the former Bond estate, has now been restored to its former glory and is a beautiful place for a leisurely walk.