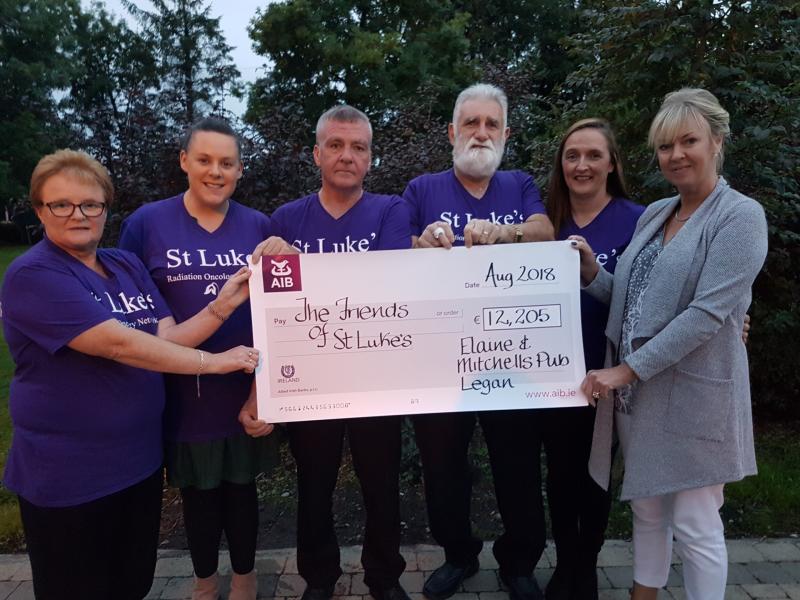 The presentation night from the annual Pig Roasting fundraiser in Legan was held in Mitchells Bar, Legan recently.

The event itself which was held on July 22 benefited hugely from the wonderful summer sunshine which added greatly to the enjoyment of the large crowd, with fun and entertainment provided for young and old.

Mitchell’s Bar have been running this fundraiser for Cancer Care and Research for the past five years with the amounts raised increasing year on year.

It was with great pleasure that on this occasion Elaine Mitchell, proprietor of Mitchell’s Bar, was in a position to present a cheque to Deirdre Turley from St Luke’s for €12,205 which brings the total amount raised overall to €65,260 which she acknowledged would not have been possible without the support of local businesses and the many people who purchased tickets for the event.

However, the occasion was tinged with sadness on a personal level for Elaine as her mother Nuala had lost her gallant fight with cancer at the beginning of the year.

Deirdre expressed her gratitude to Elaine and her committee for their continued fundraising efforts and were assured their money would be invested wisely.