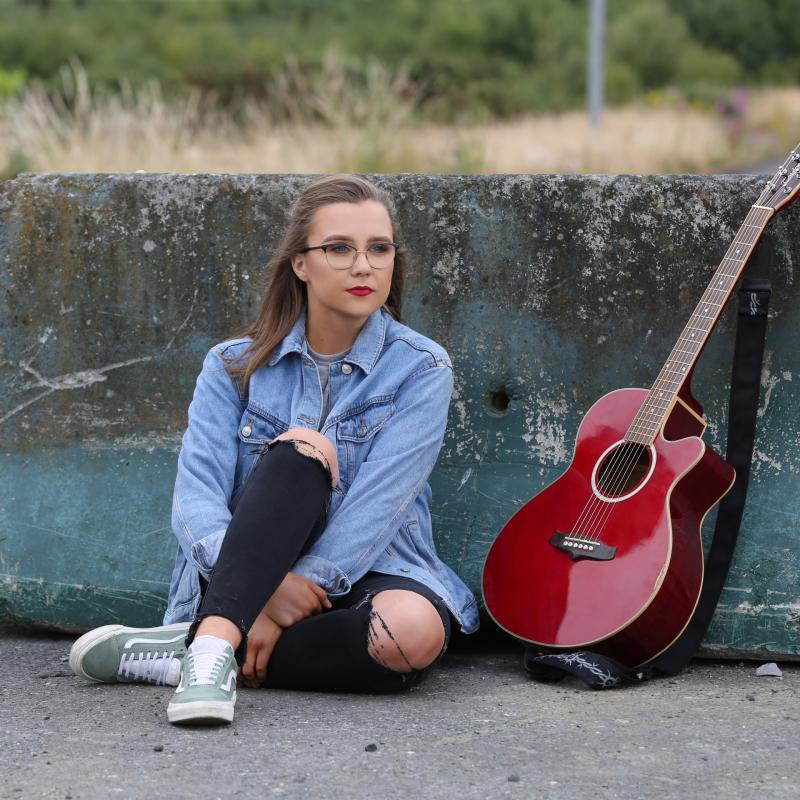 Katie Gallagher has graced countless stages across the country along with her charm, wit and her jaw-dropping musical talents and now, the Ballymahon musician has set her sights on a new quest, aiding charity group HOPE in Kolkata (formerly Calcutta), India.

For Katie to travel with the charity group next summer, she must raise a sum of €3,500 before June.

With the aim of accomplishing this goal, Katie has organised ‘A Night For Hope’, a fabulous night of music and entertainment, which will take place in the Backstage Theatre on Saturday, September 15.

Tickets are at a reasonable price of €10/€8 and there will be a number of amazing local musicians performing on the night including Reprisal, Undefined, Sean Rooney, Painted Skies, Katie & Tyler, TuLoA and 4 Degrees West - and, of course, Katie herself.

A raffle full of goodies from local businesses will also be held at the event.

Katie is currently studying Music and Religious Education in DCU’s School of Theology and Music, working with children and sharing her music.

Katie remains inspired to pursue a career in teaching, while following the demands of a professional musician.

With a humanitarian heart and background in education, Katie excitedly speaks to the Longford Leader about her volunteer work beginning in summer 2019.

“I suppose I’ve always wanted to do work abroad and this year I started looking at which group I was going to go with and I think the fact that HOPE works with mainly children who were raised in the slums and streets of Calcutta, that kind of resonated with me because I love little kids and would be better working with them as opposed to the adults.

“Some of my friends have done similar work in Africa and they loved it; they don’t want to leave when it comes to it so it will hopefully be a good experience.”

With beaming eyes and a brighter smile, Katie discusses the work she will be doing in Kolkata along with HOPE, and staying true to the music that flows in her veins, Katie reveals that she will be bringing the tunes to the Indian land.

“There’s 60 projects out there with HOPE, and because they know my background is in education, they’ve focused my work on that aspect but they have a whole hospital out there for anyone who couldn’t afford to get in with the healthcare system over there and they were saying to bring the guitar into them and they’d love it because all they want is someone to talk to and have fun with. If I have it I might as well use it.

“They’re just mad to sing and dance,” she exclaims followed by a laughter that can only be described as contagious.

“I’ll be teaching English over there, but I’ve been told to teach through lots of games, which is my favourite way of teaching anyway; and the drama as well - they love the bit of acting, singing and dancing.

“We’ll probably create our own instruments or something. It’s hard to know because you could bring out big expensive instruments to them but, just like an Irish child, if you go in and hand them the instrument they won’t appreciate it as much. Creating the instruments for the kids to play would have so much more meaning.”

Katie addresses her minor concerns she had while applying for the trip but admits that her fears are replaced only by excitement.

“Hope is the most established charity-based work out there. The one thing I was worried about was that they would think ‘who is this foreigner coming in telling us what to do and how to live’ but no they’re very respectful out there and appreciative of the work being done.

“My mam was a bit nervous about me going. I wanted to go to Cork for college and at first, she was having a hard time just accepting that and now I’m telling her I’m travelling half way around the world, but I think she’s coming around to the idea now.

“I’m in my last year of secondary school teaching now and it’ll be good experience to bring in because you know in the religion books and geography books they always have a section on Calcutta, and now I’ll be able to bring in pictures and show my students what it’s really like out there, so it’ll be good.”

Speaking of the fundraising gig, Katie says, “The gig is in Backstage on the 15th; myself and Paul Prior who’s playing piano for me on the day.

“It’ll be a nice change because people are used to seeing me with just my guitar, so it’ll be nice to have someone else playing along as well.

“There’s something for everyone with rock, trad, jazz and then there’s whatever I am! We have a raffle too so local businesses are all providing spot prizes.

“I would love to spread the word of HOPE as well because it wouldn’t be a charity very well known in the midlands; it’s very south westerly based so I’m doing my best to recruit around these parts.”

Tickets for the event are available from the Backstage Box Office and all are encouraged to support Katie and her work for this extremely worthy cause.