'We are well equipped for Center Parcs': Ballymahon's local businesses have their say 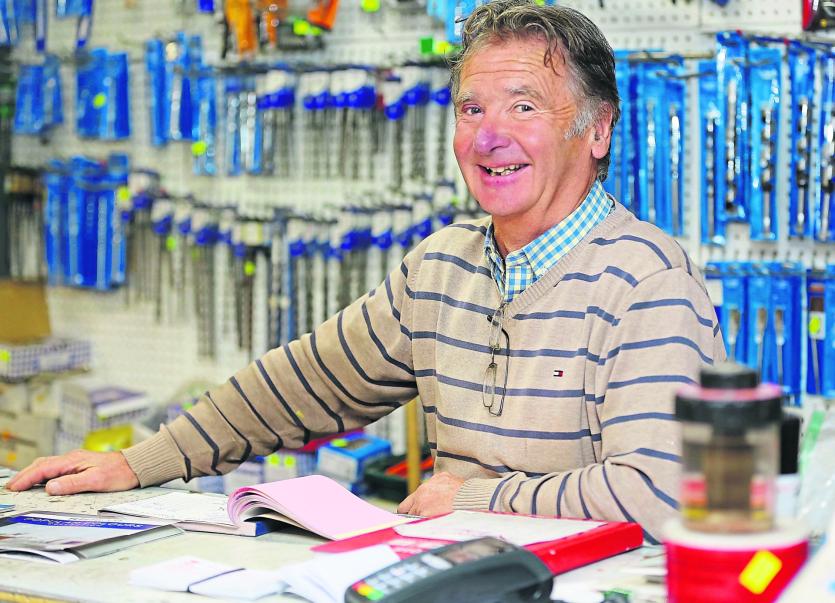 It’s the only show in town it would seem. Ever since Martin Dalby and his crew of passionate sounding band of executives flew into Ireland on April Fool’s Day 2015, the sense of optimism over Center Parcs’ arrival to these shores has been nothing short of palpable.

And why not? With the promise of 1,750 full and part time jobs and a €1bn injection into the Irish economy, never mind its local equivalent, it was hardly surprising to see terms like ‘momentous’ and ‘groundbreaking’ banded about.

But as Co Longford and, more specifically, Ballymahon prepares to roll out the red carpet for the biggest private tourism development in the history of the Irish State, how prepared is the south Longford town less than 12 months ahead of its anticipated opening?

Local businessman Paddy Diffley of Diffley’s Hardware has been a permanent fixture behind the store's front counter for the past 45 years.

He believes the town is adequately resourced to cater for the UK leisure giant’s arrival.

“It is well equipped,” he confidently asserted during our exchange last week. “Compared to what we were 12 years or so, we have a hotel, bed and breakfasts, good factory units, so we are improving.”

The one potential fly in the ointment, Paddy contends is the dearth of property to offset the huge influx of visitors and employees coming into the town.

“There is a buzz,” he added, when assessing the broader sense of anticipation the Center Parcs brand had invoked on the town.

“The biggest problem we have is there is no accommodation around. That’s the one thing that is missing.”

If the advent of Center Parcs Longford Forest has done one thing, it has made other local enterprises up their own game.

Skelly's, an elegant pub located a few hundred yards down, didn't even have a front entrance until recently. Now, it is arguably the town's busiest watering hole, providing bed and breakfast to construction workers.

Like Paddy before him, its owner Pat Byrne is more than assured over how the project will enhance the wider area.

“We are expecting people that stay there to come in and have a look around the local town,” he said.

“It really is a game-changer for this area.”

Across the road stands a unisex barber shop and beauty bar which was, by its owner's admission, at least in part motivated by the anticipated onset of the short break holiday giant.

Fades and Flicks, like a number of other recent additions to Ballymahon's local business mix, opened its doors around 12 months ago at around the time the Center Parcs bandwagon was starting to click into overdrive.

“It wouldn’t be entirely motivated by Center Parcs coming but I can’t say it wasn’t in the back of my mind,” confided its proprietor Cormac Boyle.

The Kenagh man, who opened the business with his fiancée Rebecca McGann, gave the air of someone who, despite the euphoria generated by the Center Parcs brand, was still staying somewhat circumspect over the venture's long term market spin-offs.

“The one thing I do worry about Center Parcs is how many of the people there are going to actually come into Ballymahon.

“I opened knowing that they are going to have a high employment rate and that a lot of people working there will come.”

That said, Cormac conceded the realisation that a relatively small rural town like Ballymahon would be home to a multi million euro leisure industry in barely 12 months time was only now starting to register.

“There is an excitement and there is that bit of secrecy to it as well because nobody has really seen inside it apart from the Traders Association who got a tour of it. But other than that, the people in the town haven’t seen it and people are waiting to see just what it really is like inside,” he said.

“You have had people coming out telling others that they are building an eight acre lake and shipping in trees from Japan so that’s exciting.”

And it's precisely that semblance of excitement which is Center Parcs' biggest selling point and the most compelling indicator yet to suggest that maybe, just maybe, Ballymahon is ready for its grand opening next summer.