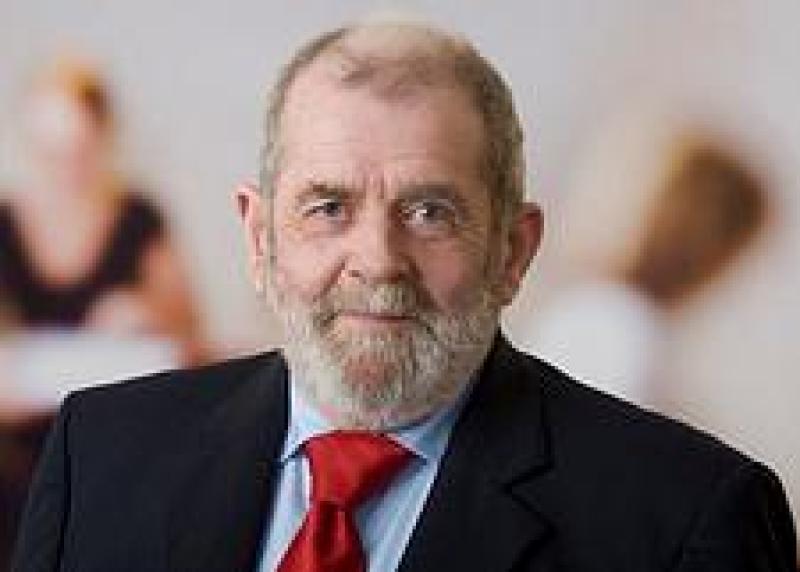 The late Sean Howard, who passed away last week surrounded by his family at Cavan General Hospital

Granard folk turned out in considerable numbers this week to pay their final respects to former Town Councillor and local teacher Sean Howard.

The much admired father of three passed to his eternal reward last Thursday evening at Cavan General Hospital surrounded by his loving family.

A well spoken and upstanding member of a town he had called home for several decades and made his livelihood in, Mr Howard was perhaps best known for his distinguished role as a member of the former Granard Town Council.

The Swords native enjoyed two terms on the north Longford town's local authority having been first elected in 2004 before later going on to serve as mayor in 2010.

Ill health however, forced him to step aside from that role only a matter of months later before eventually returning to the chamber ahead of the Town Council's consequent dissolution in 2014.

Noting how Mr Howard had originally hailed from Dublin and having relocated to Granard in the 60s to take up a teaching position at Ardscoil Phadraig, Cllr Reilly said there was much to admire about his former council opposite number.

“He was a man who had a huge interest in the Tidy Towns in Granard and gardening in general," added Cllr Reilly.

"It was a pleasure to have served with him. Sean was a gentleman in every sense of the word."

"He was a great follower of horticulture," said Mr Kelly, while alluding to Mr Howard's long time interest concerning the re-establishment of the town's historic buttermarket.

"He was also a very well liked teacher in Ardscoil Phadraig and was just a nice man."

The late Sean Howard is predeceased by his sister Mary and is sadly missed by his beloved wife Winnie and children James, Paul and Michael, brother Bernard, sisters Geraldine and Margaret, adoring grandchildren Nora May, Eliza Jane, Harry, Tapio and Ben, daughters-in-law Jo, Martina, and Johanna, relatives, and friends.