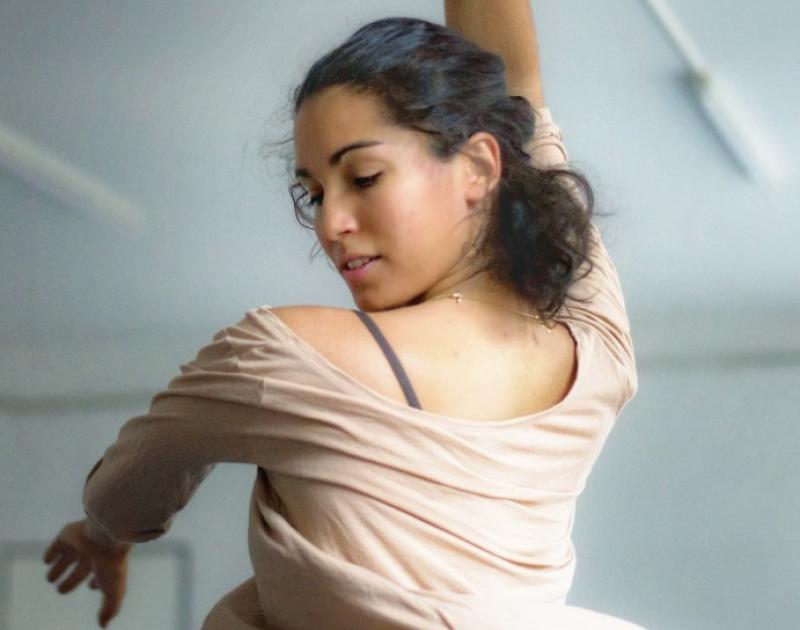 On Friday, September 7 and Saturday, September 8, Marguerite Donlon returns to her native county of Longford for the Irish premiere of a double-bill that includes her acclaimed dance piece 'Heroes', inspired by David Bowie and the first showing of her work in progress 'Last Life' based on her great aunt’s first-hand account of being the last survivor saved off the Titanic.

Marguerite has a long-standing relationship with Backstage Theatre, having originally performed in 1995 when the theatre just opened and again for the ten -year anniversary with her former company Donlon Dance Company in 2005.

Marguerite also took up summer residency in Backstage last year with Trinity Irish Dance Company who travelled from Chicago to work with Marguerite on a new piece destined for Tokyo.

This year, she will workshop in Backstage during the first week of September putting the finishing touches to her double bill.
Marguerite Donlon is an innovative, contemporary choreographer and performer based in Berlin.

Known for her humour and profound creativity, her work thrills an unusually broad audience.

With stylistic innovation, Irish wit and the combination of different art forms, Marguerite Donlon has pushed artistic limits to secure a place in the international dance scene.

Speaking on her work entitled 'Last Life Boat', which will be performed by dancer Claudia Ortiz Arraiza, Donlon explains, “This is the story of my Grand Aunt Katherine Gilnagh who at the age of 16 survived the Titanic.

“She was the last passenger on the last lifeboat. The excerpt we will show is a solo created to the voice of my Grand Aunt at the age of 60 explaining how it was for her.

“She, in fact, had no idea what was happening until the lifeboat was some distance away, it was then she heard explosions and saw the ship sink rapidly and it became very clear this was not how it was meant to be.”

The internationally acclaimed composer Dirk Haubrich has created an electronic music score to accompany an interview her grand Aunt Katherine Gillnagh gave at the age of 60, recalling the night in question.

Marguerite’s second work is inspired by the late David Bowie and is given the title ‘Heros’ as a nod to the singer's hit song.
“I grew up listening and living in the spectacular world David Bowie created through his words, music and fashion.

“It was inevitable that one day I would collaborate with it and create something of my own,” she states with a breath of nostalgia.

In Heroes we are invited into the private world of four men and one woman where we are privy to five true and compelling stories, which make you laugh, cry and ultimately move you.