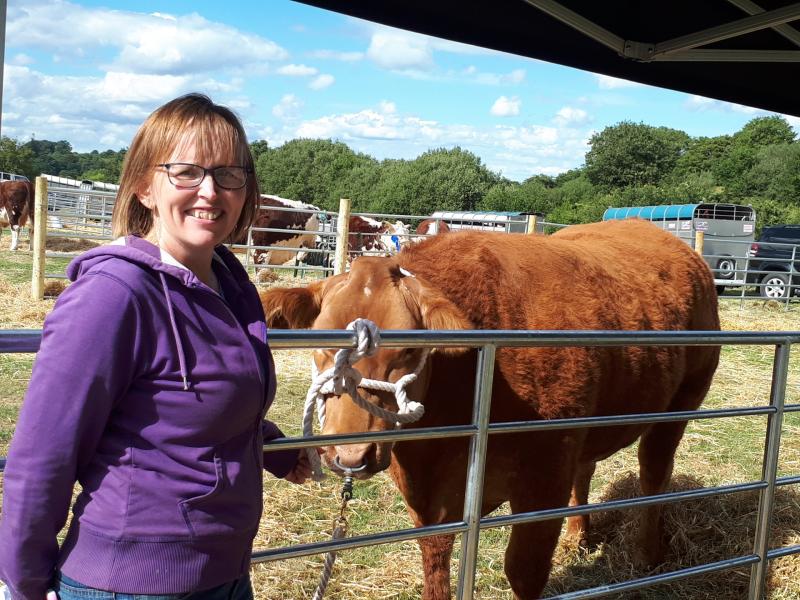 The rain held off and the sun shone down in all her glory as the 61st Arva Agricultural Show kicked off at its showgrounds today.

They came from all over the region and there were a number of competitors who also clinched those much coveted titles too.

The Moorheads from Ballinalee took numerous accolades at today’s show for their Limousin Cross Heifer who became Commercial Champion and Reserve Supreme Champion of the show!

“We have had an outstanding day at Arva Show,” smiled Hazel before pointing out that the family try to make as many local shows as they can throughout the summer months.

“We have Cloone Show next week and we are all looking forward to that; we have been going to shows for the last nine years and it’s something that the whole family enjoys.”

Meanwhile, there was something for everyone to enjoy at this year’s show and one of the highlights was the Dodderside Sheepdogs which was a  new feature this year and involved the herding of sheep and geese by the dogs.

The large gathering of spectators indicated clearly the popularity of this event and the dog show also garnered plenty of attention too.

Local singer David Kiernan was on hand throughout the day and Cavan Rose Rachel Cusack was also in attendance.

For one man though, it was the best of days as his prize Limousin Killycroney Heron took the Supreme Champion of the Show 2018 award.

“What a great day we had - in fact it has been the best of days,” David Abbott smiled as he rounded up the troops to head back to Killashandra, where there will no doubt be some serious celebrations tonight!

For more see next week’s Longford Leader on sale Wednesday!