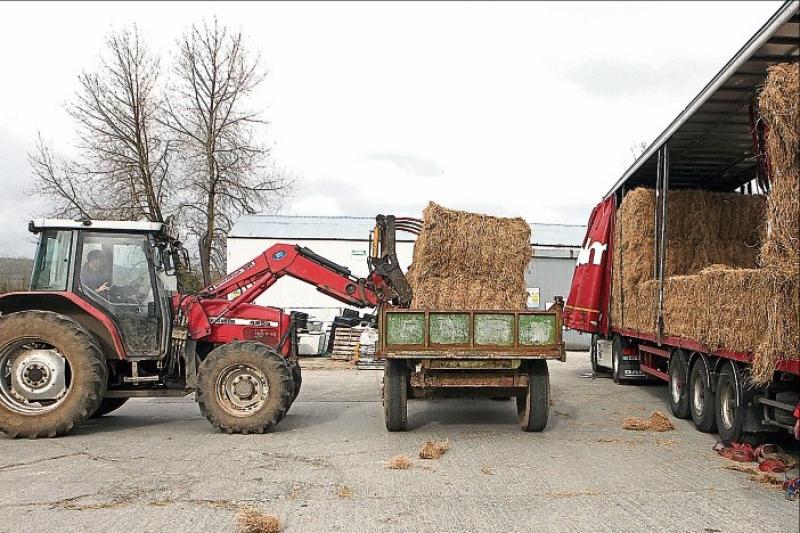 A local TD is insisting this week that the Government is taking action now to prevent a major fodder shortage this winter.

Deputy Peter Burke said today that he had been communicating with his Fine Gael colleague and Minister for Agriculture, Michael Creed TD and raised the concerns of local farmers in Longford about this year’s weather events and the impact of that on fodder availability.

“As everyone who lives in this region is well aware, farming is an integral part and key component of our local economy, and listening and working with those in the frontline agriculture is a big part of the work I do,” he added, before pointing to his own farm and the current fodder situation there.

“I can confirm that Minister Creed is already taking steps to mitigate any issue and ensure there is no shortage of fodder in the winter months.”

Meanwhile, Deputy Burke says that farmers have already had to contend with a very wet spring before drought conditions emerged following the heatwave.

“The Fine Gael led Government is well aware of the issues around Longford for people making a living from agriculture,” the local TD continued.

“Minister Creed formed a representative group chaired by Teagasc including stakeholders such as co-ops, banks and farm bodies, amongst others, to coordinate advisory messages to farmers this summer around replenishing stocks that have been used up, and also to manage grazing and fodder through this extended period of extraordinarily dry weather.

“This group will meet regularly, particularly during this difficult period, until the issue of securing adequate fodder supplies for next winter has been fully addressed.”

Meanwhile, a national fodder census was launched on June 26 last and will be compiled by Teagasc, through its client network and with clients of the other fodder group stakeholders.

The Leader understands that a second fodder census is planned for September 1 next.

“The aim of the census is to monitor and measure the levels of fodder in the country and will inform further actions that may be necessary this autumn,” added Deputy Burke.

“Detailed agronomic advice is being regularly coordinated and communicated to farmers by the bodies represented on the Fodder Group, including through our own social media account.

“Co-ops and feed compounders represented on the group have increased feed output to meet demand and banking institution members of the group are also working closely with farmer customers on effective financial planning to see them through the current difficult spell.”  For more details contact the Teagasc Helpline on 087 7971377.