Crowds turn out in force for 66th Granard Agricultural Show 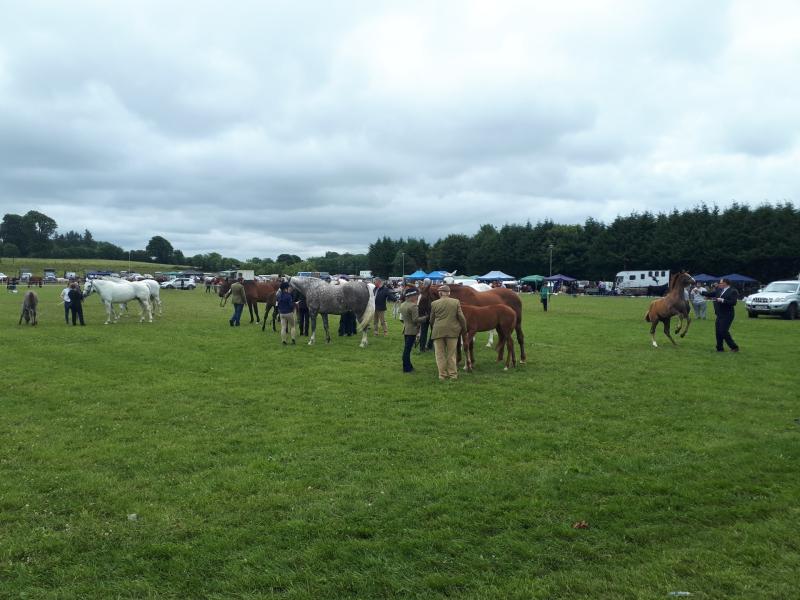 From cattle to horses, from sheep to the very finest in arts and crafts, you name it this weekend's Granard Agricultural Show has it.

From early morning exhibitors could be seen filing through the front entrances to the north Longford town's Higginstown Complex in anticipation of what was to come.

By late morning, the crowds started to emerge with young families and more seasoned show spectators all keen to take in what has readily become one of the must see agricultural events on the local calendar.

He spoke of the inimitable appeal occasions like this weekend offer young and old alike.

"Granard is a place that looms large for all the right reasons in my life and this Show is testament to just how wonderful Granard can be and is," he said, in between joking over how he was especially keen to take in the cattle classes.

"We have the best of stock here today. I am a bit biased of course as I do like the cattle but we breed horses at home too and there are wonderful, wonderful animals here on show."

The best selling author and brains behind the much talked about 'The Cow Book', said the spectacle was one which also illustrated the continued relevance of country life.

"This is where are culture comes from, it's where we draw our strength and knowledge from and it's also a place where we find our joy and we can see that in the young and old who have come to celebrate what is our culture, our farming culture."

Among the many interested observers the Leader managed to catch up with were Monaghan's Paddy Leonard and Cavan man Sean McGee.

Both men were there to show off a handful of Texl Sheep.

ALSO READ: Double the fun at the Granard Show

"It's six or seven years since I was here," said Paddy, as he gazed out onto a bustling show field.

"I was at the Dundalk Show last Sunday would I come up to the Granard Show and show a lock of sheep, so I said I would."

A short distance away, 17-year-old Conor Craig could be seen delicately clipping one of four Aberdeen Angus' which he had brought with him from the family farm in Coolarty.

"It's good to see a local show in a small town," said his proud mum, Martina as she watched her son in action.

"It's great to see a small town put on a display like this and there is twice as much happening as there was last year. There are bigger towns out there with bigger populations that are struggling to have a show and there is huge work that is put in by the committee, so it's great to see."