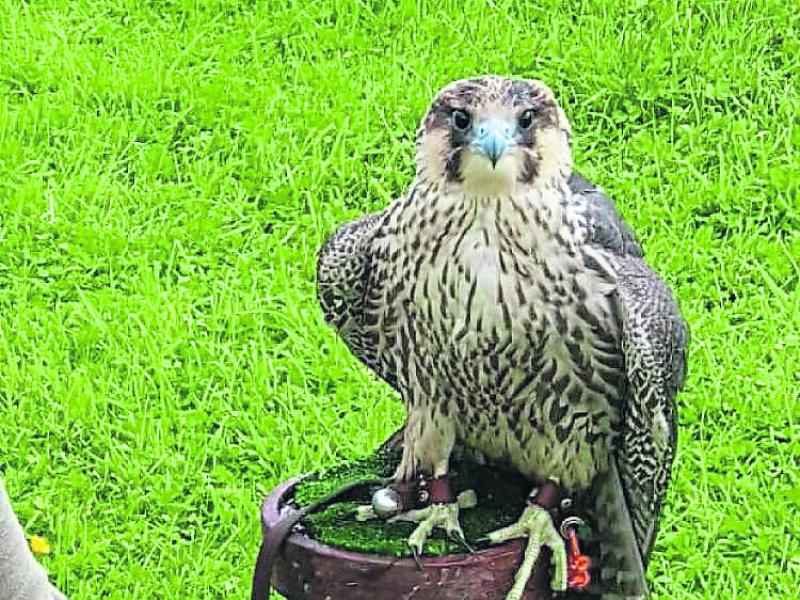 Tirla the falcon is still at large and currently on an adventure in Dublin city according to recent reports.

Tirla the falcon is having a great time in Dublin if recent reports are to be believed.

The peregrine falcon is a beloved family pet and escaped the family home in Killoe on April 26 last. She has been missing ever since.

And it's not the first time the adventurous falcon broke free. Last August, she took flight and was found a few days later on the roof of a local school.

This time, Tirla decided to stretch her wings and travel further.

She's been hanging out in Dublin and has been landing near people. Her owners, Janice and Ronan Gibney have said this is because she's tame and very used to people.

So far, there have been sightings of Tirla in Inchicore, Rathfarnham, the quays, the IFSC and most recently on Saturday 7 July she was sitting on someone's garden furniture for a couple of hours on Sussex Rd.

The Gibney family is encouraging anyone who spots the bird to email longfordfalcon@gmail.com straight away, alongside a picture of the bird.