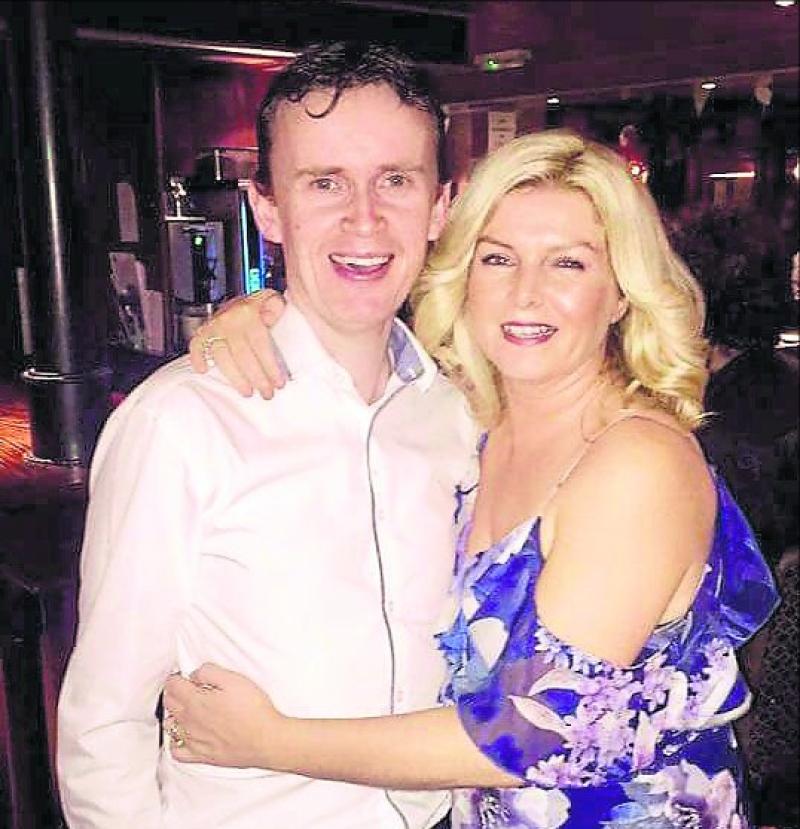 Vanessa Donohoe, with her husband PJ. Vanessa is currently in Barcelona undergoing treatment following a brain aneurysm she suffered in June, while on holiday with her family in Salou.

You don't know who your friends really are until you need them and that is something that really shines through in Abbeylara this month as the community pulls together to raise funds for a family in need.

Peter Donohue, more locally known as PJ, and his wife, Vanessa, travelled to Spain with their three children, Luke (11), Emily (3) and Mark (2) last month, where they thought they would enjoy a family holiday of fun and sun in Salou.

The holiday turned tragic, however, when Vanessa unexpectedly suffered a severe brain aneurysm, which left her hospitalised and her family stranded abroad.

The young mother, who is a native of Newtowncunningham in Co Donegal, is currently being treated in a hospital in Barcelona, and has undergone a number of brain surgeries already.

“On Monday she had her fifth time going to theatre to have surgery on her brain,” explained Vanessa's mother-in-law, Maureen Donohoe, who is doing what she can to offer support to her son in this difficult time.

“She was okay on Monday afternoon. On Tuesday she was very confused. She still knew us all, but she was rambling a bit.

“There’s a lot of inflammation on her brain and she has a pipe coming out of her head, draining out the blood from the aneurysm.

“They’re trying to find out why the inflammation is still there. She has very high blood pressure and has had a lot of infections.”

The tragic incident occurred on June 9 and, since then, family members have been travelling to and from Spain to see her.

Oliver, she added, is married to Vanessa's sister and the couple flew out to Spain immediately after the incident to take over the care of Vanessa's three children.

“The whole family were over in Spain and Vanessa’s sisters were over there and brought the two little ones home with them but Luke wanted to stay on.

“Oliver and his wife went over and brought Luke to Alicante for a week and then brought him home to his siblings in Donegal.

“Vanessa's parents and her husband are still there in Barcelona and I’m just back from Spain myself so I’m exhausted. I travelled over there on my own to offer support.”

Vanessa had health insurance, which will go a long way towards paying for her treatment in Barcelona.

However, with weeks already flying by since the incident, the family's funds are running close to exhaustion.

With that in mind, friends and family of PJ and Vanessa have started a fundraising campaign to help with the cost of keeping Vanessa's family nearby.

A GoFundMe campaign online has already raised almost €15,000 of the family's €25,000 goal.
Even more impressive, perhaps, is the effort of the Abbeylara community.

A fundraising event has been organised for Monday July 23 in the Abbeylara Parish Centre, which will surely attract a large crowd.

A large number of bands and musicians have offered to perform on the night, with Frank Kilbride taking on the role of MC.

Also performing are Peter's Bar, a seven-piece band and Off the Kuff.

“Please God this event will help us raise some more money,” said Maureen.

“You wouldn't believe how expensive it is for them to stay out there. The house they’re renting costs €175 per day and the car is €400 per week.

“It’s been so hard on the family. My son is exhausted.”

The event will take place in Abbeylara Parish Centre on Monday, July 23. Tickets cost €15 and here will be a raffle and spot prizes on the night.

To donate to the online campaign, find Vanessa Donohoe Fundraising Campaign on www.gofundme.com.