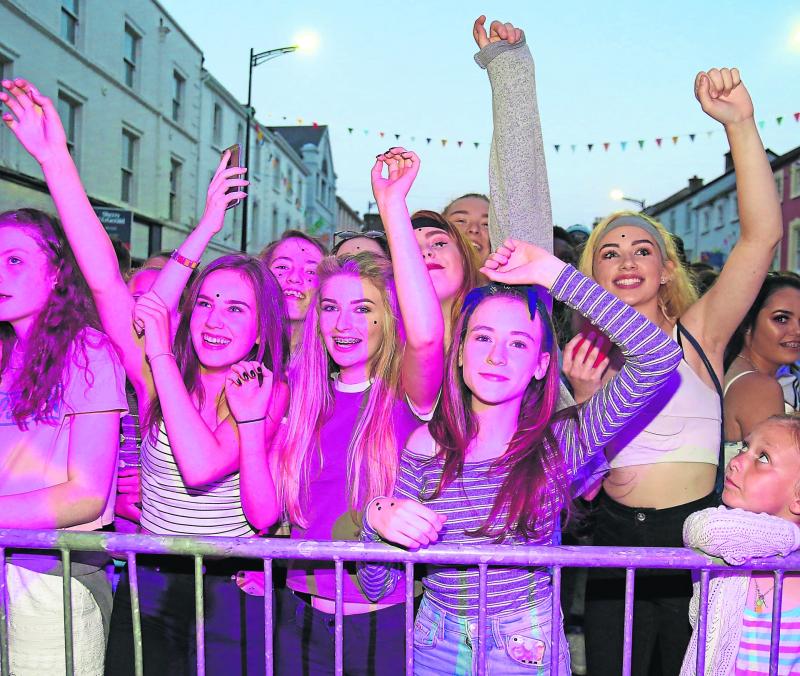 With sizzling temperatures and top class musical entertainment, Longford was certainly the place to be as 15,000 plus people visited the county town over the four days of the magical Summer Festival.

Saturday was a particularly memorable night as superb home grown Longford acts in the guise of Brave Giant, Painted Skies, Reprisal, Katie Gallagher and Ollie McNerney performed to an ecstatic and appreciative open air audience of over 4,000 people.

Paying tribute to all involved in this year's event, organising team member, Cllr Joe Flaherty, paid tribute to the team of volunteers who worked tirelessly.

He said, “It was a big event for the town and it was great to see social media awash with positivity about Longford. There were many highlights but undoubtedly the festival proved that people do want to come to Longford and more importantly, it is a great place to socialise.”

Preparations are already underway for the 2019 Longford Summer Festival and Cllr Flaherty said organisers are very keen to build on this year's success.

He remarked: “It was fantastic to see young and old; children and the aged, all mixing together and enjoying the very best of what Longford has to offer.”

The extravaganza of free music festival got underway last Thursday evening and the brilliant Johnny Brady had revellers dancing in the streets. Brendan Kelly and David Kiernan were the support acts, while the artisan Market on the Square, showcasing local producers and craftspeople ran throughout the festival.

The superb Hermitage Green were the top act on Friday, and on Sunday, it was the turn of Dancing with the Stars champion, Jake Carter, and the Frank & Walters, to take centre stage.

Cllr Flaherty paid tribute to the local Gardai and in particular Supt Jim Delaney and Sergeant Declan McGlynn, who worked very closely with the organisers.

He added: “There has to be special mention for Gilmore Security who were exceptional. Everybody felt safe, relaxed and were keen to enjoy themselves.”

One of the highlights was the performance by Brave Giant on Saturday night in front of 4,000 people on the Main Street.

Cllr Flaherty enthused, “It was an incredible night for Longford and we are extremely fortunate to have these guys as ambassadors. I suppose they have evolved with the festival over the years and they really put on an incredible show this time out.”

The Family Day was a huge success on the Sunday and Cllr Flaherty praised local group, Spin Longford, who organised the four day artisan market and Sunday's Family Day. He said: “They did great work and Sunday was a memorable afternoon on the Market Square.”

See this week's Longford Leader for a photographic special on the events of last weekend.