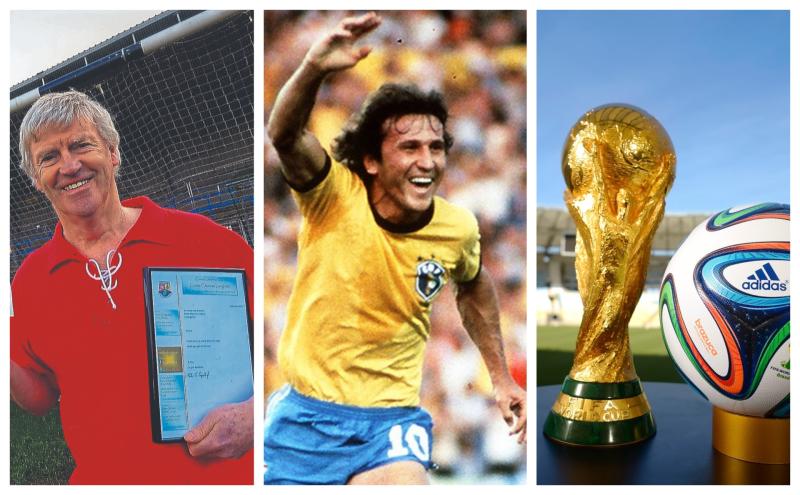 Longford's legendary Liam 'Zico' Madden is expressing outrage with FIFA this week and he is demanding that they switch the World Cup Final kick-off time on Sunday to avoid a direct clash with the GAA All-Ireland Senior Football Championship Super 8 contest between Kerry and Galway.

The colourful Madden, an accomplished soccer and gaelic footballer in his heyday - he lined out with Longford GAA at senior inter-county level, Longford Slashers, St Mel’s College and Longford Town FC, says he is writing to the Cathaoirleach of FIFA demanding that the World Cup Final kick-off be put back by two hours.

In a letter addressed to the Longford Leader, and of course, to the Editor of Pravda, Moskva,  'Zico' Madden states;

"Sir,
I write to express my outrage at those eejits in FIFA.
These FIFA gobshites have fixed the kick-off time of the World Cup Final to coincide with the Kerry v Galway All-Ireland qualifier. Have FIFA no sense at all?
I am writing to the Cathaoirleach of FIFA demanding that the World Cup Final kick-off be put back by two hours.
Yours,
Liam 'Zico' Madden, Longford"

Brazilian star Zico, who played at the 1978, 1982 and 1986 World Cup Finals, is considered to be one of the greatest players in football history not to win a World Cup medal.

Liam 'Zico' Madden, aka Liam ‘Vitruvius Hibernicus’ Madden, had cause to celebrate last December when he received a written apology 'as Gaeilge' from Longford GAA concerning his suspension from the association in 1969.

‘Vitruvius Hibernicus’ subsequently withdrew his appeal to An Bord Pleanala where he had called on them to  overturn the decision of Longford County Council to grant planning permission to Longford GAA for the Pearse Park refurbishment project to proceed.

Also read: Nightmare over for Longford architect Liam Madden as GAA apologises for suspending him in 1969