Sun brings out the crowds in Edgeworthstown for Midlands Busking Festival 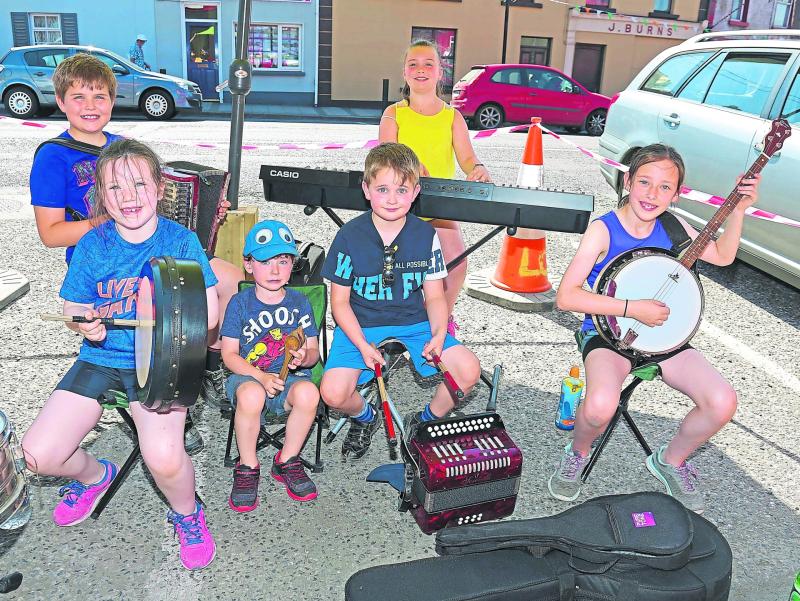 The sun was splitting the stones on Saturday afternoon, June 20, as crowds flocked to the streets of Edgeworthstown for the annual Midlands Busking Festival.

The festival was a huge success with over 80 buskers battling it out in high temperatures as they demonstrated their musical skills in the junior and senior categories.

Buskers hailed from all over the country, with some coming from further afield to take part in the festival.

It was an enjoyable experience for all of the competitors, who were thrilled to see such a huge amount of local support turn out on the day.

David Owens from Dublin was the lucky first prize winner in the senior category and left Edgeworthstown with €500 plus a full-day recording in Abbeylane Studios, Drogheda, not to mention a guest slot on the main stage of the Seafood Rocks Festival in Clogherhead.

Jack Furey and Mercedes Furey from California and Galway respectively, walked away with a second place prize of €300, while Wexford native, Rachel Grace came in third and received €200.

Muireann McDonnell from Skerries won the junior prize of €300 plus a half-day recording session in Ardilaun, Mullingar, and a guest slot on the main stage of the Seafood Rocks Festival in Clogherhead.

Megan Bates from Mullingar came in second place and €200, while a third place prize of €100 went to Jamesie Wray from Letterkenny.

The judges were: Fran Thornton from Abbeylane Studios, Drogheda; Aoíbheann Murphy (three times All-Ireland Fleadh Winner from Fermoy Co. Cork); and Mark Hogan from the Kilbeggan band, Hogan.
Judges certainly had their work cut out for them, with an extremely high standard of busking on display in the streets of Edgeworthstown.