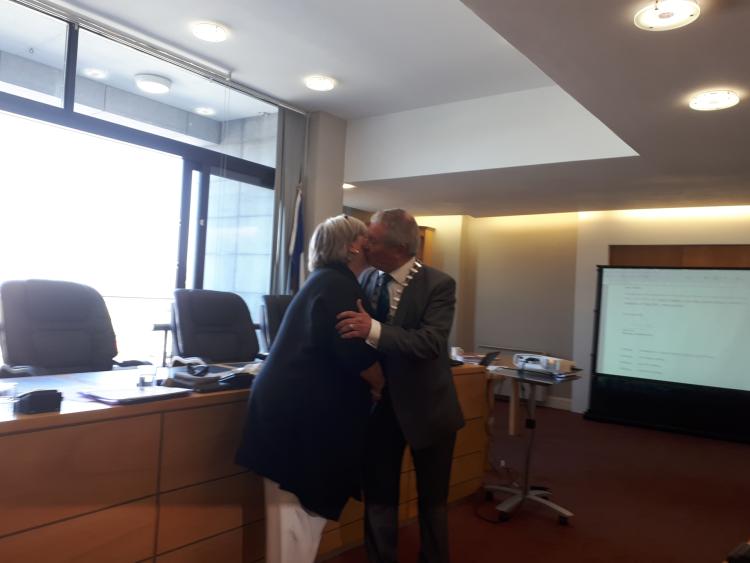 New Longford Municipal District Cathaoirleach Cllr Seamus Butler has vowed to push through as many infrastructural upgrades in the county town as possible ahead of the 2019 local elections.

The Longford businessman was speaking after his elevation to the top table of Longford's Municipal District was confirmed at its annual general meeting this evening.

In succeeding outgoing Cathaoirleach, Cllr Mae Sexton, the experienced Fianna Fáil political campaigner said his number one priority was to bring about a substantial upgrade to Longford town's Market Square.

"If we can get together with other stakeholders like the Tidy Towns, there is great potential to create a fantastic space there and make it the flagship project for the town," he told elected members.

Other notable targets alluded to by the Fianna Fáíl group leader included improvements to the town's current crop of public footpaths, to progress the long term plans concerning Connolly Barracks and to fast-track the proposed opening of a new digital hub.