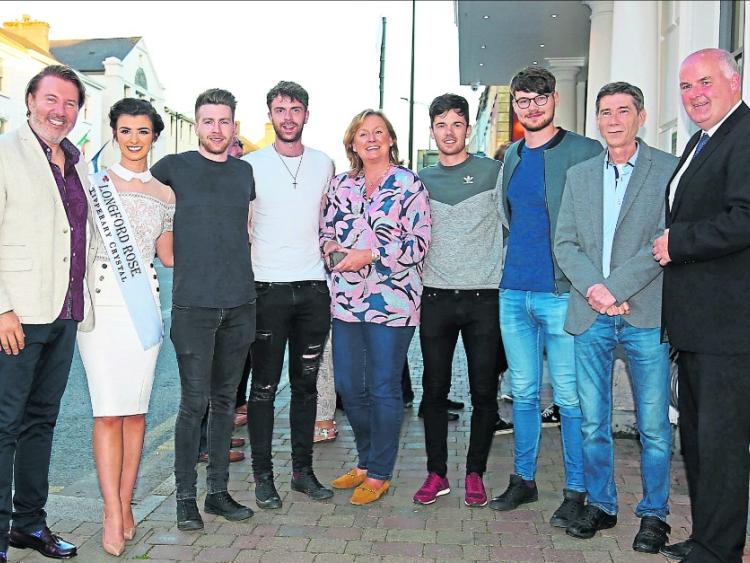 This is the second year that the Festival takes to the streets of Longford and it has been moved to a new date of July 5-8 with four great nights of live music.

One of the organisers, Cllr Joe Flaherty, said it was a huge honour for the Festival to be able to have a local group of the stature of Brave Giant as their headline act for the Saturday night.

He told the launch, “The band have evolved with the Festival and there are very few festivals in the country where the headline act will be a group of local lads."

Meanwhile, over 2,500 people filled Longford's Main Street last year.
“North Longford group and band member, Podge Gill said it was a magical night and great to play in front of such a huge local crowd.

“I know there is huge interest this year in the event and if the weather stays good we'd expect a bumper crowd,” he added.

On launch night and there to officially launch the Festival was the new Longford Rose, Loren Katie Logan.

She pointed out that many of her friends were already booked to make the journey back to Longford for the Festival weekend.

“The festival is back and it’s bigger than ever,” she smiled, before pointing to the “great showcase event” it was for Longford town and county.

“I am especially delighted to see so many local acts also getting a chance to perform while the artisan market which runs for four days will showcase many of the local artists and producers.”

Cllr Flaherty, meanwhile, paid tribute to all who have helped get the Festival to this point and in particular he singled out the Gardaí.

“We ran the event last year without a hitch and that was thanks to the support and involvement of the Gardaí, and also local firm Gilmore Security,” he continued.

“We want everybody, young and old, to come out enjoy a great night and as the old showband promoters used to say we'll 'send them home happy and sweating’.”