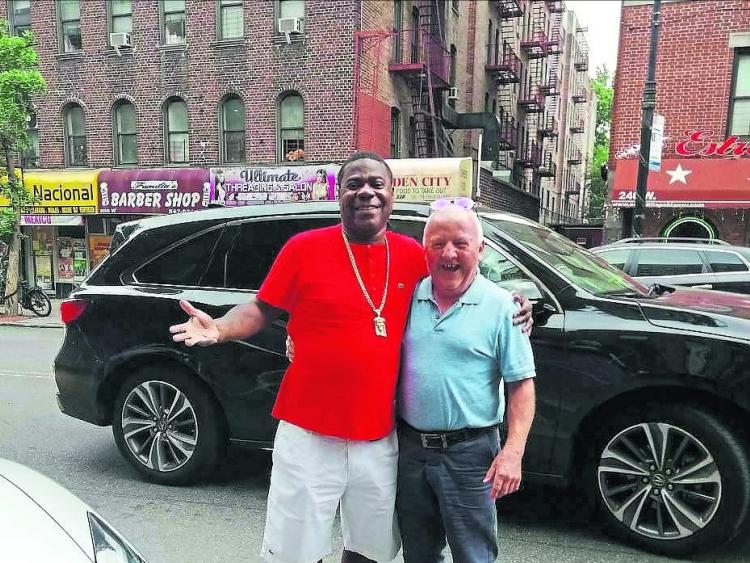 Longford man Ken Shedwell was mixing with the celebs last week, while visiting his son, Ken, in the Bronx.

While out for a stroll by himself, Ken Snr bumped into well-known actor, Tracy Morgan beside a brand new silver Lamborghini.

After snapping a photograph for some girls, Ken asked the actor who he was and enjoyed a short conversation with the well-known celeb.

“I'm well known around these parts my name is Tracy Morgan,” was the actor's response.

“My dad said he had never heard of him and he would look him up when he got home,” Ken's amused son told the Longford Leader last week.

“My dad came back into the apartment and said to me 'hey I'm after meeting some Tracy Morgan fella; look him up on the Google thing'. It's typical country Irish meets new York.”

The Shedwell family are from Clonrollagh on the Drumlish Road and Ken Jnr is currently living in Riverdale with his wife and baby daughter.