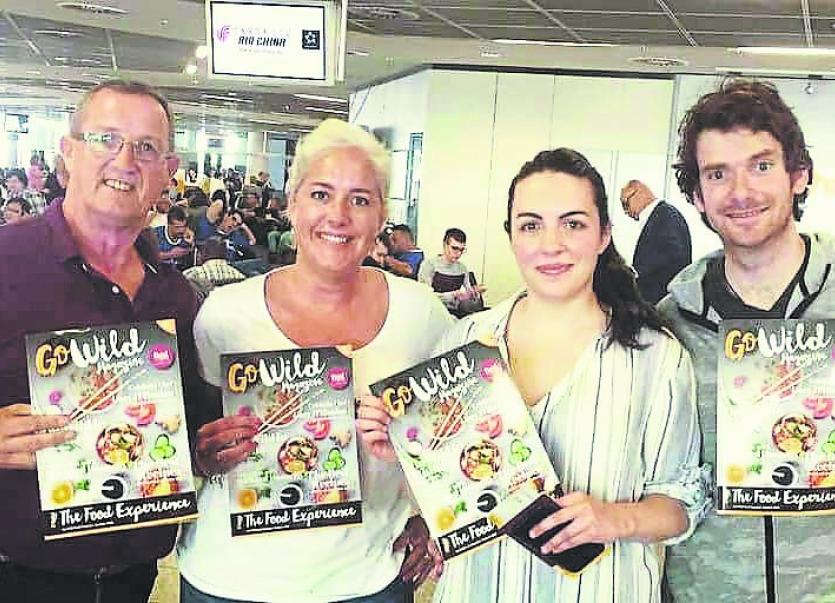 There comes a moment in every journalist's career where self-doubt creeps in - where you don't think the work you're doing is good enough; you don't even know if anyone is reading and, if they are, are they even enjoying the stuff you write?

Yet here I sit preparing to write about a once in a lifetime experience of Chinese culture and winning a 'Best in the World' award.

To catch you up, I edit a magazine called 'Go Wild: The Food Experience' on a freelance basis and, before Christmas, we were chosen to represent Ireland in the magazine category of the Gourmand Awards.

There were only five magazines from around the world in our category and we liked those odds so, last month, we jetted to the other side of the world to see if we could nab ourselves an award.

And we did. Just like that, I wasn't just a journalist anymore: I was an award-winning journalist. My parents always told me I was the best in the world, but this? This brought it to a whole new level.

It wasn't until I returned home that I really sat down to reflect on this life-changing experience.

Before we left, I was working full days for the Longford Leader, then going home and working the equivalent of a full day on freelance work to get the money together for the trip.

There were fallouts and breakdowns and moments where I almost gave up. But it all paid off in the end.

And, while winning the award certainly was one of the defining moments in my career, it was only one of a litany of standout moments of my trip to China.

The Great Wall of China is one of the seven wonders of the world. We took a day trip from Beijing to visit the Mutianyu section of the wall.

It's more scenic, a more difficult hike, but, most importantly, it's quiet, which meant we could get photographs that didn't have crowds in the background.

There was a cable car up the mountain and, best of all, a slide that brought you back down. But that came after the long and difficult hike in 40 degree heat.

As I climbed the vertical steps to get to a tower in the distance, I thought my lungs would burst.

Desperate pleas of 'tell me we're at the top' were met with laughter from my other half, John Mulry.

A glance out the window revealed not one, not two, but three more towers - each one higher up then the last. We made it though.

Food is a big thing in China and each province has its own unique style of cooking.

In Yantai, the best meal we had was at an outdoor table for 700 where we were fed beef after watching Argentinian chef, Carlos Lopez grill a whole bull out in the open.

As for the local food in Yantai... let's just say that after spending a night with a fever and hallucinations, it just didn't agree with me.

Things got better in Beijing though. Lunch in McDonald's and dinner in KFC that first day meant I got enough strength back to try out some of the food stalls in the famous Beijing street market.

There was all manner of weird things on sticks, from chicken heads and feet to odd-looking tentacle.

There were live scorpions on skewers, waiting to be deep fat fried, their little legs flailing wildly as they tried to escape.

The city of Beijing has become one of my favourite cities in the world - and I've been to New York; Beijing tops it.

We were lucky there was no smog while we were there, and the people were some of the friendliest we've met, with everyone greeting us in the most welcoming manner.

A long walk back to our hotel after a spectacular Kung Fu show in a local theatre revealed the real Beijing. Groups of people gathered in the most random places, played some music and paired up to dance in the streets.

There was no sense of danger as we walked down quiet alley ways and we were greeted with warm smiles and pleasant hellos wherever we went.

The same could be said for the other cities we visited: Xi'An, Shanghai and Chengdu. But those are stories for another time.

China was a life-changing trip, filled with incredible experiences. And all of it was made even better by the fact that I brought the award home.