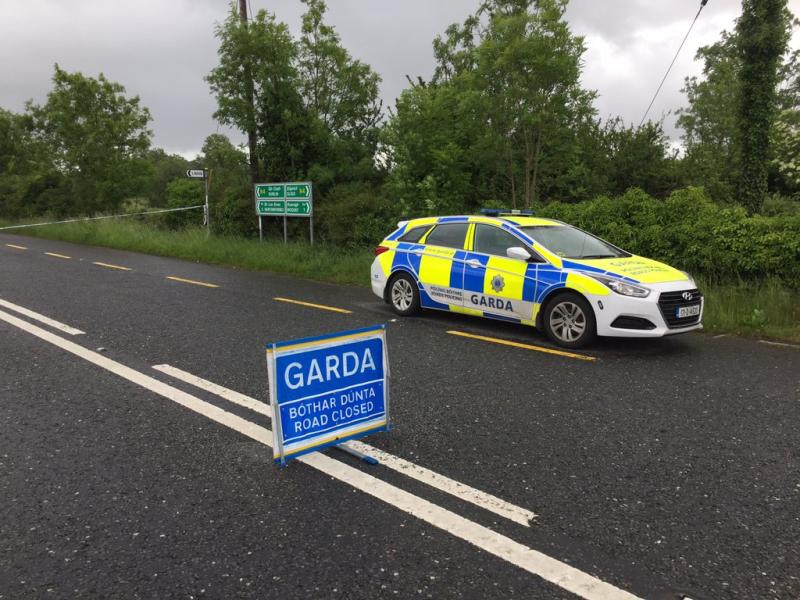 The scene of the Longford hit and run fatality at Newtownforbes has been preserved for examination by Garda Forensic Collision investigators. Photo: Twitter Joe Mag Raollaigh ‏ @joemagraollaigh

Investigating Gardaí are appealing for witness and are particularly appealing to the driver of the vehicle involved in last night's  Longford hit and run fatality to come forward.

At approximately 11.45pm a male pedestrian aged in his early 20s was struck by a passing vehicle while walking on the N4 at Deerpark near Newtownforbes.

He was treated at the scene by a Paramedic Team and removed by Ambulance to the Midlands Regional Hospital, Mullingar. The vehicle involved in the collision failed to stop and continued in the direction of Newtowforbes. The injured man was later pronounced dead in hospital.

The scene is preserved for examination by Garda Forensic Collision Investigators and local scenes of crime officers. Traffic diversions are in place and the road is expected to remain closed for the next number of hours.

Also read: Longford Gardai appeal for witnesses after man dies in suspected hit and run on N4 near Newtownforbes

Gardai appeal to driver of vehicle in hit and run to come forward. Man in his 20s killed on N4 near Newtownforbes Co Longford. Road closed #rtenews pic.twitter.com/jpLWC47edE

A man in his 20s has died after a hit and run at Deerpark near Newtown Forbes in Co. Longford last night. Gardai are appealing to the driver of the vehicle to come forward @3NewsIreland pic.twitter.com/sC30q9B5JX