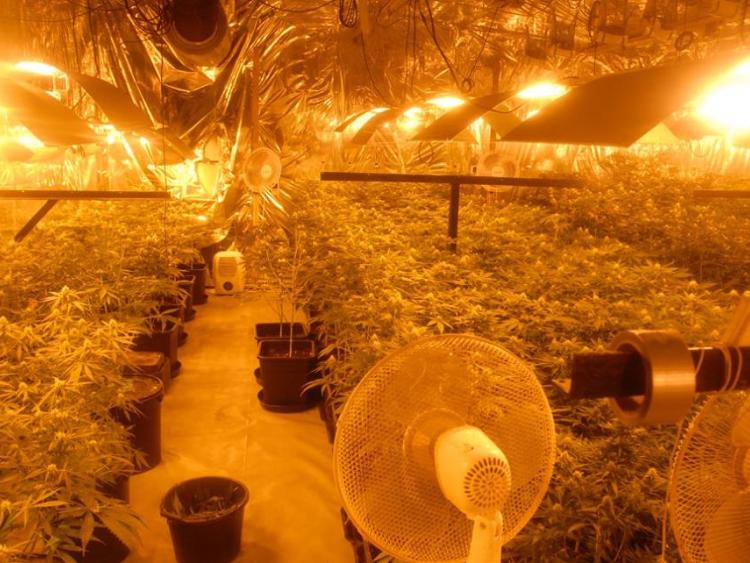 Two men are to stand trial in connection with the discovery of a €360,000 cannabis growhouse in north Longford

Two Eastern European men are to stand trial in connection with the discovery of a €360,000 cannabis growhouse in Co Longford, it was revealed this afternoon.

Lithuanian nationals Darius Raudonis (45) and Vaidus Budrys (38) both of 7 The Old Mill, Naul, Dublin appeared at a sitting of Longford District Court before Judge Seamus Hughes.

Mr Raudonis, also of 45 College Vale, Mullingar and his co-accused, previously appeared at court sitting in January after gardaí swooped on a property at Toneymore, Abbeylara on January 18 2018.

That coincided in Section 17 cannabis cultivation charges being handed down on foot of State evidence that 446 cannabis plants had been recovered as a result of the operation.

At today's court sitting Garda Yvonne Glackin gave evidence of having put fresh Section 15A sale and supply charges to both men.

The court was told the Director of Public Prosecutions (DPP) had consented to sending forward the pair for trial on indictment.

The State registered no objection to bail with Judge Hughes remanding both men to appear back at sitting of Longford District Court on July 20.

It's at that sitting the prosecution is expected to serve a Book of Evidence on both individuals.