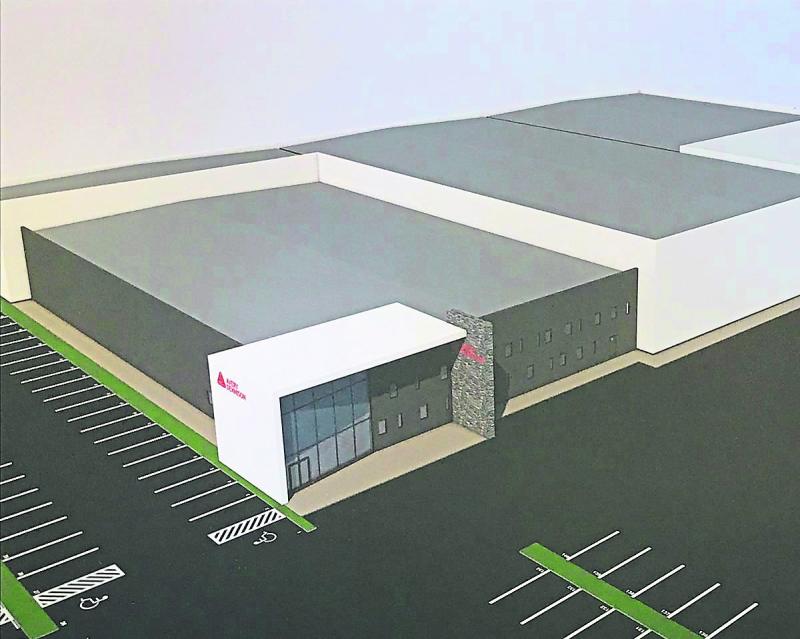 An artist's impression of the new look development at Finesse Medical

A Longford manufacturer’s hopes of creating up to 200 new jobs has moved a step closer after an official planning application was lodged with Longford County Council.

Finesse Medical, through its parent firm Avery Dennison, has set its sights on carrying out a 6,000 sq metre expansion of its headquarters in Longford town courtesy of a $10m investment.

They were aspirations which were revealed at a special function six weeks ago in front of assembled media and invited guests.

ALSO READ: $10m injection shows Longford is 'place to be'

Now, the local medical devices company has followed through on that proposal by submitting an application with Longford County Council.

In its submission, Finesse outline plans to erect a fully serviced extension to the side, front and rear of its existing operation while also forming a new front entrance.

Proposed works also provide for alterations to plans and elevations to include office space alongside plans to demolish an existing detached storage building and concrete yard.

The plans, subject to planning approval, contain designs to carry out alterations to the company’s existing entrances as well as the provision of additional car parking space, signage and a whole host of ancillary works.

Longford County Council are expected to announce their decision on the plans in six weeks time.