Over €132k in funding allocated for Co Longford communities 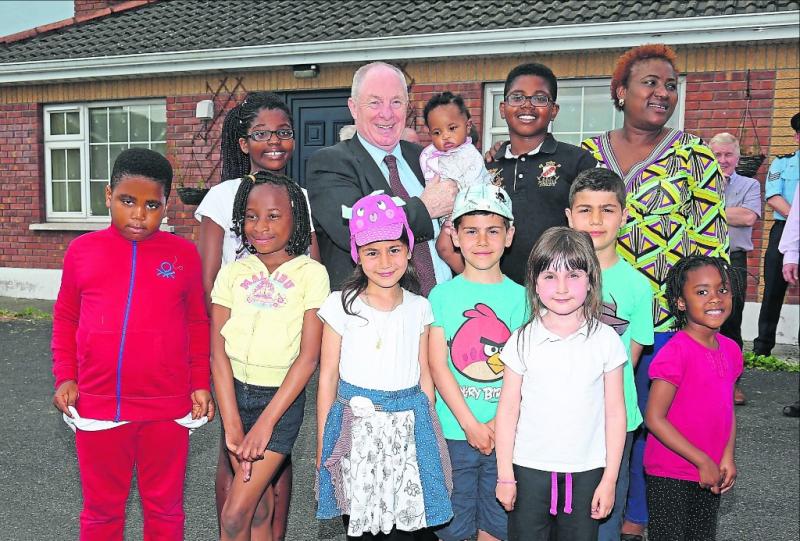 Minister Michael Ring with members of the Ardnacassa Community Centre.

Co Longford is set for a funding allocation of €132,385 after the Minister for Rural and Community Development, Michael Ring TD announced a new programme which provides funding to communities in Ireland.

Minister Ring made the announcement in the Ardnacassa estate in Longford town earlier this week where he spoke about the new Community Enhancement Programme (CEP), which will provide €4.5m nationally this year towards enhancing the facilities available to communities.

“This new Programme will provide funding to communities across Ireland to enhance facilities in disadvantaged areas,” added the Minister.

“Some funding is ring-fenced for smaller projects, from lawnmowers and IT equipment to minor renovations to buildings.”

Minister Ring went on to say that the CEP also helped to support important work by communities and that typical enhancements included the renovation of community centres, community amenities, improvements to town parks, common areas and spaces, CCTV equipment and energy efficiency-type projects.

“The money,” the Minister added, “was spent on public lighting which had been identified as a key priority by the local community.”

“The investment has proved extremely popular as it has helped to deter anti-social behaviour and made people feel safer in their community.”

Applications for funding can be made to the relevant LCDC which decides on the projects that will receive funding, in a manner consistent with its Local Economic and Community Plan. The closing date for receipt of applications is 5pm on Monday, July 30 2018.

The CEP is the result of the first significant exercise in the streamlining of schemes and programmes carried out by the Department of Rural and Community Development.

It’s development follows recommendations arising on foot of an assessment of the efficiency and effectiveness of existing funding schemes, which included consultation with the 33 Local Community Development Committees across the country.

An increased level of funding has been provided to each local authority area.