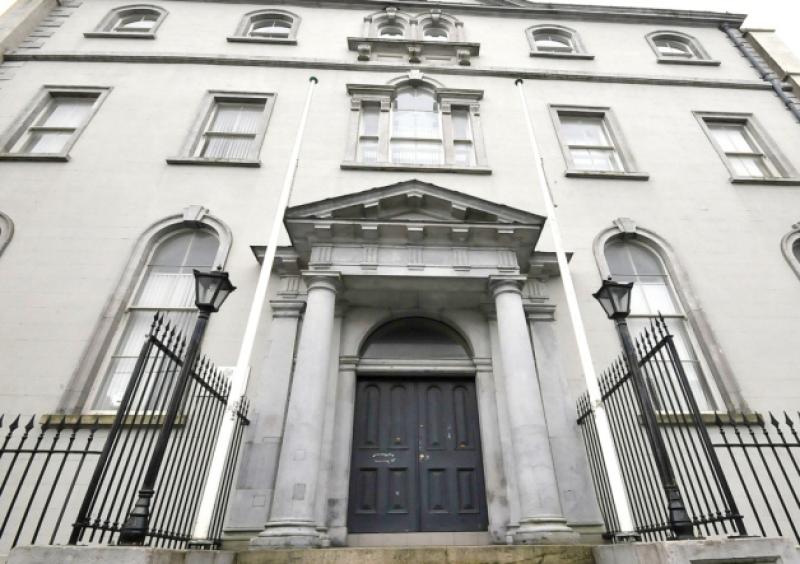 A married father of three pleaded guilty to the possession, production and distribution of child pornography at Longford Circuit Court.

A married father of three who pleaded guilty to the possession, production and distribution of child pornography is in custody this week following a lengthy hearing into the matter at Longford Circuit Court.

Paul McGuinness (51), Edgeworthstown, Co Longford appeared before Judge Keenan Johnson charged with the offences on dates between January and July of 2015.

In his direct evidence to the court, Sergeant Tom Quinn outlined how Mr McGuinness’  computer activity was identified back in 2015.

The court also heard that a person using the nickname Sam uploaded an image and this activity was also reported to the authorities.

Gardaí launched an investigation into the matter, the court was told, and Sergeant Quinn and Garda Fahy subsequently went to the home of Mr McGuinness in Edgeworthstown on September 17, 2015.

Judge Keenan Johnson heard a number of items were seized at the dwelling including an Apple Ipad; Acer laptop; HP hand-dial and an Apple Iphone.

State prosecutor Mr Shane Geraghty said that Mr McGuinness - who worked as a supervisor in a metal fabrication company in Longford town - later gave a voluntary statement to gardaí and “distanced himself from anything to do with child pornography”.

“The items were sent to the Garda Crime Investigation Unit and when material was found on them, Mr McGuinness was interviewed by local gardaí,” Mr Geraghty continued, before pointing out that the defendant told gardaí that he had a Yahoo account that he hadn’t used for a few years, yet gardaí discovered that the account was active at the time of the offences.

“He then suggested that other people were remotely accessing his IP site.”

Meanwhile, the court heard that hundreds of images of naked children were discovered on Mr McGuinness’ computer.

“He would go into a website where images would be sent to him and he would then send those images on to other users,” Mr Geraghty continued.

The court also heard that Mr McGuinness was sending the pornographic images via his Yahoo messenger account and that by the time his final interview came round with gardaí he had made full admissions in respect of the allegations.

His marriage had broken down as a direct result of his behaviour and Sergeant Quinn added, “His life has been turned upside down by this”.

Garda Wallace said that she discovered 61 “child sexually explicit images” and a further 21 images of children engaged in sexual acts.

The court went on to hear that the defendant’s Yahoo folder also revealed images.

“These images were shared  and by January 25, 2015, Mr McGuinness had received a large number of images with 22 of those depicting young children engaging in sexual acts, while other children were just partially clothed,” Garda Wallace added.

Meanwhile, the court was told that the defendant engaged in a conversation with another user in which they were discussing having sex with a child.

Judge Johnson was told that the defendant wrote, “I just have to get me a little girl”.

In his direct evidence to the court, Mr McGuinness said that he was “absolutely ashamed” of himself.

“People who know me would never have thought this of me; my children whom I am responsible for, my wife; I believed that I had a strong stable marriage for years, but my wife doesn’t have a husband any more - she is a victim too,” he said.

“I am absolutely guilty, but the biggest victims in all of this are the children in those images.”

The defendant went on to say that his life started to spiral out of control when his mother, who has since passed away - became seriously ill.

He also told the court that his sister, who he was close to, also died.

“Up until very recently I was employed with Longford Architectural and I worked there for 24 years,” the defendant continued, before pointing out that the company closed down a few months ago.

“I have online addiction problems going back many years - when I was younger I was addicted to online poker games; I would stay up until 3am playing the games and it had a detrimental impact on my health and my mood,” Mr McGuinness continued.

The court heard the defendant had made contact with the group One in Four Ireland and was waiting to begin therapy there.

“My wife is dealing with the fact that she is married to somewhat of a monster and I am now living outside of the family home.

“I am working with Tusla to try and have some kind of meaningful relationship with my daughters.

“And I have been placed on the sex Offenders Register.”

Mr McGuinness went on to tell the court that he knew what he was doing at the time of the offences and added, “I hate myself and that is the truth”.

Mr Geraghty, meanwhile, told Judge Johnson that some of the conversations the defendant had online were “extremely graphic”.

“I made up stories on the site,” the defendant replied.  “I can assure you that I have never had relations with anyone under age.”

In mitigation, Mr Stephen Byrne SC for the defendant said his client was disgusted and abhorred by what he had done.

Mr Byrne went on to say that up until period January to July 2015, Mr McGuinness had led a “normal and clean” life.

“He has been traumatised by this,” Counsel added.

Judge Johnson, meanwhile, said the case before him was “most serious” and ordered that the defendant be remanded in custody to the next court appearance.

Mr McGuinness will appear back before Longford Circuit Court on June 22 for sentencing.