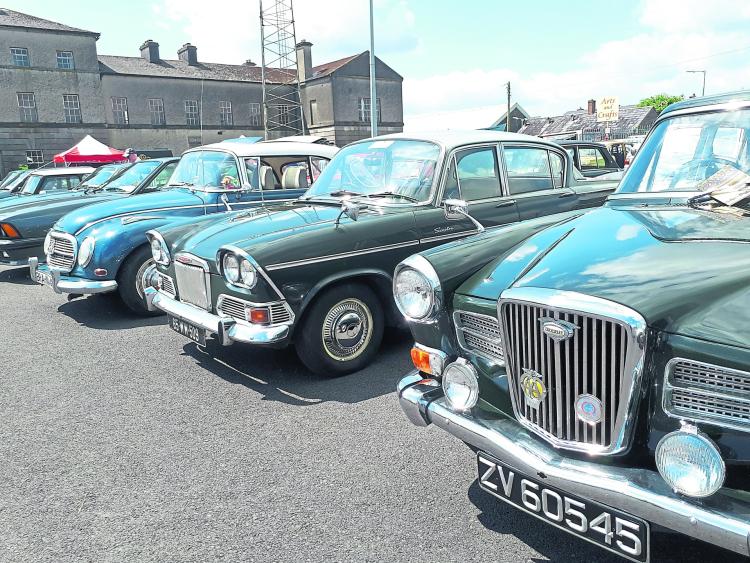 A selection of classic cars on show at the 13th annual Longford Vintage Club Show & Craft Fair on Sunday.

It may be unlucky for some but last Sunday saw Longford Vintage Club Ltd hold its 13th annual Show and Craft Fair to much acclaim.

And just as it has been for the past five years, Connolly Barracks provided the perfect backdrop to what has become one of the county's most popular social and family occasions on the local calendar.

It's secretary Miceal Nolan was certainly taken aback by it all as he reflected on proceedings barely 24 hours later.

“We had a great day and the weather played a big part,” he said, adding he was still nursing tired feet on Monday evening.

Mr Nolan said the show was every bit as good as last year's with the barracks taking in crowds of up to 2,000 at its peak.

Laying claim to the scores of exhibitors who showed off their vintage items and other prized possessions on the day, Mr Nolan said one particular aspect of the day certainly seemed to strike a chord with onlookers.

“The craft fair was very popular and people were still talking about it when it finished,” he said.

Now, with the dust having barely settled on its 2018 show, Mr Nolan said attention has already turned to next year.

“We have already taken bookings for next year and that's the great thing about the show. If people have a good day they will come back,” he said.