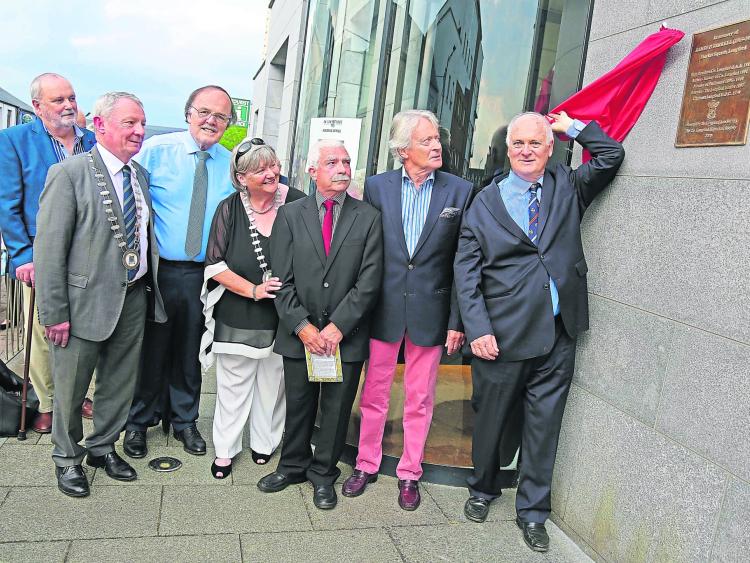 Farrell was an Irish nationalist politician and MP in the British House of Commons from 1895 to 1918 and a fervent supporter of land reform.

Indeed, speaking at a reception in St Mel’s College following the unveiling, Mr Bruton alluded to the former MP’s fight for the rights of the people he represented in the Longford/West Cavan Constituency.

“It is too easy to forget what was achieved by JP Farrell,” Mr Bruton told the large crowd that gathered to join in proceedings.

“But is is worth recalling what JP Farrell, John Redmond, John Dillon and all of those people who laboured long and hard did serving and advancing the interests of Ireland.”

Mr Bruton went on to say that the most important achievement of JP Farrell’s life took place on September 12, 1914 when Home Rule became law.

“This was very important - Home Rule became law over the heads of the House of Lords, over the heads of repeated rejections by the English, Scottish and Welsh people - and Ireland achieved a right to independence,” he continued.

“However, none of that succeeded in avoiding partition because partition is there still.

“JP Farrell and John Redmond were condemned including by the Bishops in the Longford By-Election in 1917 because they had accepted temporary partition; people that the bishops supported ended up accepting permanent partition which we have to this day.

“So Home Rule with the consent of the British people without a single shot being fired was undoubtedly the big achievement for JP Farrell and with that came the ending of landlordism.

“The land of Ireland which previously was held by people who had gained it through military conquest in the 17th century, was handed back to the people who were actually working the land. That too was done peacefully.”