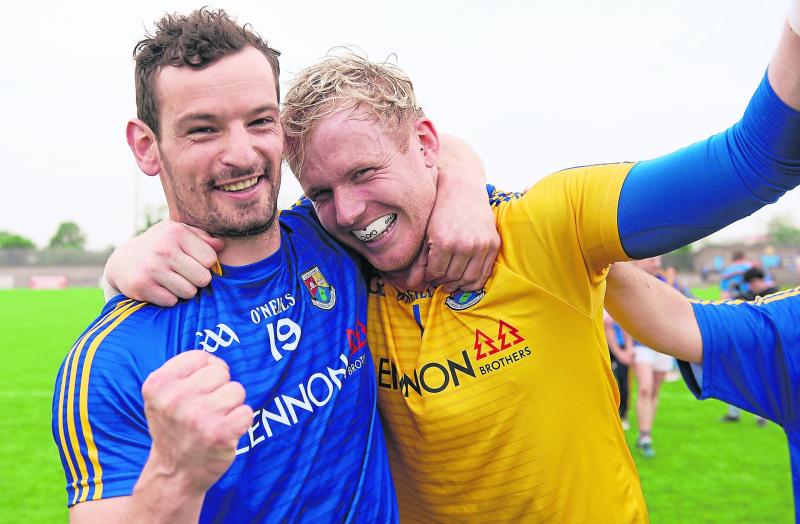 What changed Longford so much to beat Meath?

Well, many things, but the main difference was that this team is managed by a local trio, is well drilled, well disciplined, and most of all this Longford team has no flash heroes in its midst.

Mind you they have several real live football stars, well able to acquit themselves with the best, without seeking notice.

The team trust management, buy into the game plan, never deviating from it for a second.

On Sunday last we witnessed a marvellous team performance, with outstanding contributions distributed evenly around the pitch.

Some amazing displays, it would be unfair to single out any one player. Longford were immense.

Yes, Meath missed two goals, but anyone close enough to witness both would realise how tough the tackling was preceding each shot.

Next up Dublin. What a great day that will be for Longford football, and everyone involved with Longford’s fortunes.

A true joy to watch operate.

But one thing he mustn’t do, versus Dublin, is dilly-dally while searching for an opening. He must get the ball and pass to another player swiftly, unless he can shoot immediately.

Otherwise, he’ll be hit three times, legitimately, by different players, hit harder than he’s ever been hit before, as he twists and turns.

Against Dublin, few will survive the hits in the early moments of the game, when the Dubs are hunting in packs. No time on the ball.

The physicality of Dublin cannot be overstated.