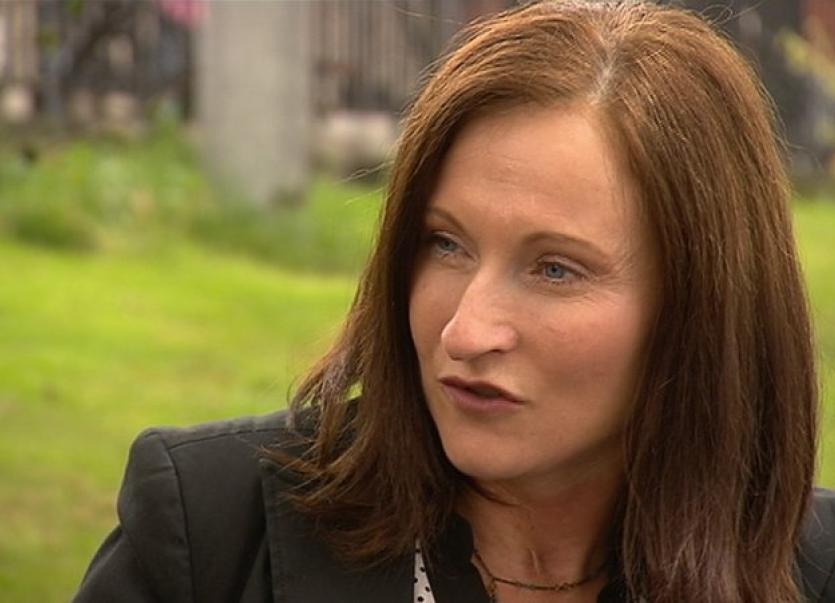 A Co Longford resident who courageously fought off a knife wielding attacker as she walked to work in broad daylight has said she is lucky to be alive as she led calls for the rollout of a nationwide self defence training drive for women.

Ruth Maxwell (46), who resides in Drumlish, suffered a life altering injury to her hand after she was grabbed from behind by her assailant in May 2016 while a hunting knife was put to her throat.

The south Dublin native spoke candidly of her harrowing ordeal on last week’s Late Late Show before conducting the last of her public interviews with the Leader on Monday evening.

“I was eight weeks into the new job to the day,” she said.

“It was a Monday morning, a beautiful sunny day,” she said.

“So off I went at 6:30am and I was listening to David Bowie ‘Absolute Beginners’. I saw the van and I obviously got a shudder. But the van was familiar, I had seen it before.

“I just passed it and as I did I looked once, I looked twice and I did look three times and then as I was walking these two arms just came around me.

“But it was like a hug, very gentle so I didn’t flinch. It took me a minute to realise what was going on.”

In a bid to stop her screaming, Ruth’s attacker tried to hold a cloth to her mouth as the brave office manager used her elbow to push him back.

It was at that point Ruth realised the seriousness of her predicament as her attacker held a knife to her throat.

In a daring act of valour, Ruth continued to wrestle with the man by instinctively grabbing the blade, causing serious injuries to her hand in the process.

“I just started screaming,” she added. “That scream was something like I had never heard before in my life.”

The incident took place at Knockmeenagh Lane, Clondalkin, Dublin.
It later emerged the man was also the perpetrator behind two other attacks on two other women in 2011 and 2015.

The 34-year-old defendant was jailed two weeks ago for 22 and a half years after unanimous verdicts in all three cases were delivered, with four of those suspended provided he engages with the Probation Services while in custody.

Judge Pauline Codd said the man, who cannot be named for legal reasons, had shown no remorse and described the attacks as primal and brutal in nature.

Speaking in the aftermath of that ruling, Ruth revealed she has since joined forces with Conor McGregor’s coach, John Kavanagh to kick start a countrywide self defence day solely dedicated to women.

“We are hoping to do a big open day in either Croke Park or Phoenix Park this summer to say right here is the launch of self defence day for women,” she said.

It’s a skill she believes every woman should consider undertaking as she called on other women who may have fallen foul to violence to speak out on the subject.

“Just find somebody to talk to about it. Even your friends, and if your friends can’t handle it, find yourself new friends. There is always somebody.

“It’s only a matter of saying it and once you have said it then everything just falls into place because the support is just so overwhelming, it’s biblical nearly.”

There were warm messages too foisted in the direction of all those who had supported her locally with Seamus Keane and the staff at Costcutters in Drumlish coming in for particular mention.

The traumatic circumstances behind Ruth’s two year wait for justice come hot on the heels of the horrific murders of Leixlip schoolgirl Ana Kriegel and 24-year-old student Justine Valdez.

She says those heartbraking tales allied to her own illustrate a much broader problem when it comes to upholding the rights and interests of women.

“There needs to be a lot more support given,” she said.

“I think concerning the Government, there is no empathy at all and women are coming together now to support each other but they still need protecting.

“I still need protecting. I still need to be minded. I mean I am a strong tough woman but I am still broken and weak and need minding, just like all these other women and their families.

“I'm just learning to articulate myself into making positive changes for women in areas of feeling confident and protecting themselves physically.”