Longford decides: Men are also entitled to their view on abortion 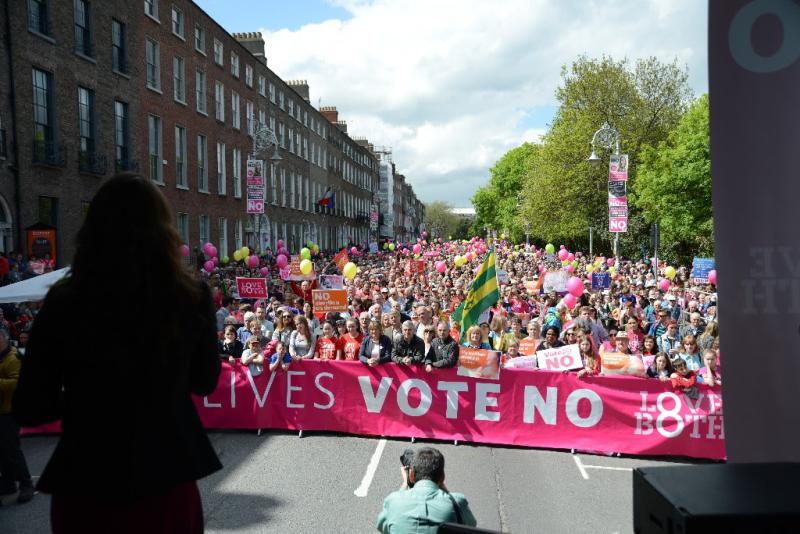 Senator Rónán Mullen is calling on Longford's electorate to vote No on Friday.

I’ve been talking to some men lately about the referendum on May 25, and I get the strong impression that many are thinking of sitting it out.

Just not voting. Leaving it to someone else to decide.

Many have an opinion, but feel uncomfortable about sharing it. They’ve been reminded about all the times that men and the State have left women, literally, holding the baby.

The Magdalene laundries and all that shameful past. Men have been told that they’ll never be pregnant and can’t know what it’s like to feel the fear and not be able to cope.

The words don’t have to be spoken for the ‘vibe’ to get around. The voices in the media saying this is a women’s issue - these campaigners sense that many men are uncomfortable with abortion. If they can’t persuade you to vote for it, they’d rather you stayed at home.

It is crucial that men think about this referendum before it’s too late. If you sit it out, abortion on demand will be legal.

Thousands of unborn children, who would survive otherwise, will die. I hope you’ll vote No. But I also hope you will start conversations with spouses, partners, siblings, sons and daughters. About why you want to help without harming.

About why it's good to be alive, even if none of our lives is perfect.

You rightly wonder what would happen if someone you loved was pregnant and panicking. There are some ‘hard’ cases, which are thankfully rare. But remember one thing. We are not being asked to vote for abortion in rare cases.

If this referendum passes, the Government is proposing abortion on demand for the first 12 weeks of pregnancy, when an unborn baby has well-formed limbs can suck his or her thumb. Abortion will also be legal during the second three months, up to 24 weeks, for ‘serious risk’ to the mother’s mental health.

There is no evidence to link abortion with improvements in women’s mental health. But this is the very ground used for 97% of abortions in Britain, where one child is aborted for every four babies born.

In fact, it is abortion on demand, for social reasons. This is what our own Government plans to imitate.

You are right to insist on honesty. In every case where a woman is frightened about being pregnant, a child’s life is in the balance.

The Minister for Health doesn’t want you to think about that. But he or she is there. If it’s your daughter who’s pregnant, it’s also your grandson or granddaughter in the picture. If it’s your sister, it’s your small nephew or niece. If it’s your girlfriend or wife, then that baby is your child.

Trust your instincts. You are right to want to protect them both. How can we possibly enjoy our own lives if we don’t stand up for the right of another human being to live?

If we wash our hands of the situation, by avoiding the polling booth or voting to let abortionists do their work, are we really helping women? Aren’t we closing our eyes to one human being, and leaving the other all alone to make a painful and harmful decision?

Abortion kills hope at a moment when women are vulnerable. Many a baby who is unwanted in early weeks turns out to be very wanted later in pregnancy. But if abortion is legal, that ‘later on’ moment never comes.

Thousands of future human beings in Ireland need men's solidarity in this referendum – that’s what’s at stake here. They need men’s votes just as much as the votes of women right now.

Abortion can suit the worst of men - the ones who would exploit women but not accept the consequences of their actions. The better men want to care for the women they love while also protecting the tiny boys and girls, real human beings with potential, who are asking to be born.
Men who stand up for life are not butting in where they don’t belong. They are the mature, compassionate males that our society now needs. They are the best of men.

*Rónán Mullen is an Independent Senator for the National University of Ireland.