Yes or No? Longford politicians have their say on referendum 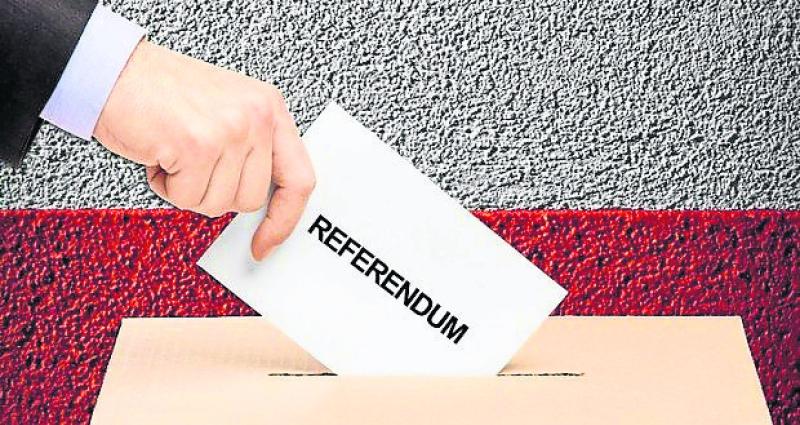 It's been billed as one of the most divisive referendums in our history and, judging from the leanings of almost all of this county's political representatives, it promises to be arguably the most closely contested.

The Leader made efforts to contact and size up the attitudes of Longford's current crop of county councillors in a survey which threw up some fascinating insights into how this Friday's much talked about referendum may or may not go.

Of the 18 who were contacted, just over half (10) gave a definitive response as to which way they intended to vote.

Cllr Sexton called on those still undecided to vote to repeal the Eighth Amendment, adding, “Removing the Eighth Amendment from our Constitution is what we are voting on so that we can allow our Parliament to enact legislation to provide for healthcare for the women of Ireland.

“We elect those in government to carry out our wishes and this matter is no different. Your elected representative can, and should be voted out if your wishes are not being carried out-it is the beauty of democracy.”

But perhaps the most intriguing footnote to emerge from the Leader's appraisal of local politicians was the large cohort of public figures who are either still undecided or unwilling to convey their respective stances to an electorate charged with deciding the fate of Article 40.3.3 of the Constitution.

Three respondents - Cllrs Ger Farrell (FG), Pat O'Toole (FF) and Paraic Brady (FG) admitted they had yet to decide which way their polling cards would be marked come 10pm on Friday evening.

Interestingly, a similar number declined to intimate which way they were choosing to vote, preferring instead to keep their own takes on this week's vote private.

Among them included Cllrs Peggy Nolan (FG) and Gerry Warnock (Ind) while Cllr Micheal Carrigy said he too would not be commenting one way or another due to the “personal conscience” overtones that surrounded the Referendum.

His Fianna Fáil general election rival, Cllr Joe Flaherty said this Friday's vote was too important to shy away from.

“I have been deeply challenged as I sought to establish how I will vote in the forthcoming referendum,” he said. “It would be easy to avoid the question but when running for office, I don’t believe you are entitled to shirk the answer.”

“I come from a pro-life background but didn't instinctively want to retain the Eighth as I believe that it has adversely affected women’s health. By the same token, removing the Eighth Amendment in the manner proposed at the moment and allowing the Oireachtas to legislate is a step too far. Step back, and we had the opportunity to legislate for the hard cases but haven't. For that reason I am voting No. I absolutely agree that women's health is of paramount importance and could have been legislated for whilst catering for instances of rape, incest and fatal foetal abnormalities.”

The only local representative the Leader failed to deduce a response from was Cllr Seamus Butler (FF), who was uncontactable at the time of writing.

Cathaoirleach of Longford County Council Cllr Martin Mulleady said he too would be keeping his counsel on this Friday’s affair by stressing it would be inappropriate to use his position as Longford's first citizen to talk up the merits of one side over the other.

“It's a personal view for everyone,” he said. “That's my view and that won’t be changing between now and Friday.”

Whether there are any changes to the Irish Constitution, all will become apparent by around teatime on Saturday evening when counting finishes up and the first results are announced.

Precisely which way Longford voters will come to a decision is still anyone’s guess.

There will be live coverage of the local count this Saturday on our website, www.longfordleader.ie.