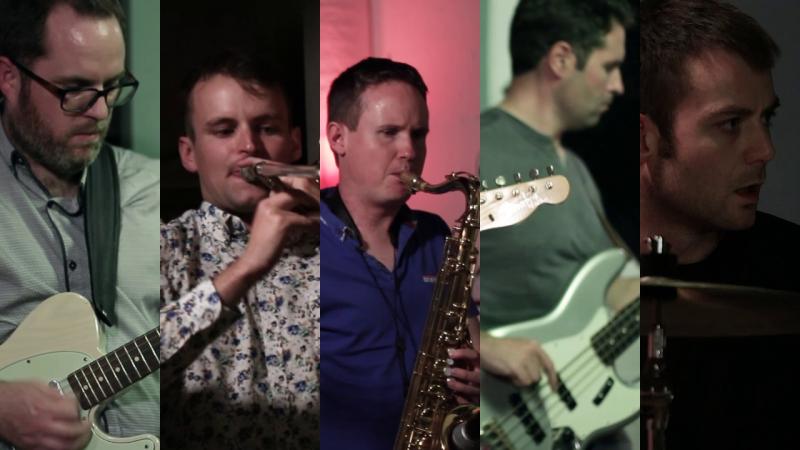 There are a large number of successful bands and musicians that have come out of Longford in recent years, but one that stands out as completely different is instrumental funk group, the Deep Funk Project.

The Deep Funk Project is made up of five midlands natives - three of which are from Longford - who were brought together by their love of instrumental funk music.

“The five of us met through a love of instrumental music,” Longford town native David Relihan told the Longford Leader last week.

“Although we all played different genres like jazz, blues and fuzion too, the one genre that we all loved was instrumental funk!”

The band has been going for two years and started out by playing some of their favourite instrumental funk songs for fun, before moving on to bigger and better things.

“ Pretty quickly, we started bouncing ideas off each other and, before long, we had a setlist of original songs together that we were happy with,” said David.

The band has recorded four live studio performances that have over 50,000 combined views on Facebook.

“The way we approach arranging and song-writing is kind of interesting,” David Explained.

“We treat the brass section like a singer. So the brass normally plays the main melody and hook - similar to a singer in a soul band.

“We try and write songs that are melodic with verse, bridge and chorus song structures. Although we all love to improvise, we try and keep the songs direct and catchy.”

And they're certainly direct and catchy, with instrumental tracks that will have you nodding your head to the groove within the first few bars.

And the band has certainly been bringing their funk national with gigs at the Galway Guitar Night, The Loft Maynooth and Sin E Dublin.

They're also gearing up to perform at Knockanstockan and Vantastival festival this summer and plan to have their debut album released later this year.

“It was an honour to be asked to play at the Galway Guitar Night which has hosted such acts as Ariel Posen from the Bros. Landreth,” said David.

“Playing Sin E in Dublin was exciting too as it was amazing to see original instrumental music get such a warm reaction.”

The five midlands lads are certainly making a name for themselves in the instrumental music scene, but haven't fogotten their home town on their way to the top.

“For as long as I can remember, there have always been amazing musicians in the Longford scene,” said David.

“Although its true the original music scene is quite challenging in Ireland in general, not just in Longford.

“ However, what we have noticed is that, because it is so challenging, original bands are really helpful and supportive of each other.

“The amount of advice and support we have got from other bands in the last two years has been amazing.

“I think it is this attitude, and all the enthusiastic people working in the Irish Music Industry that will help the scene grow and flourish in the next few years.”