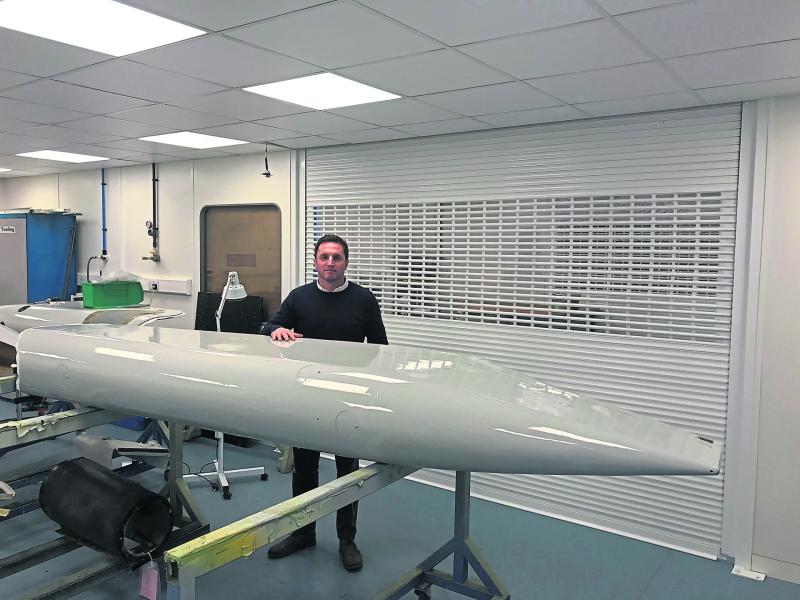 A high flying entrepreneur with close ties to south Longford is to receive a major business related award from Queen Elizabeth.

Graham Higgins is the founding father behind Airline Component Services Ltd, a UK based enterprise that buys, sells and repairs structural components to the aeronautical industry.

His proud mum, Maggie Higgins (nee Casey) is a well respected member of the local community in Newtowncashel, where his sister Emma also resides.

Though born and reared in London, Graham still has fond memories of the unspoiled south Longford landscape which effectively became his ‘second home’ throughout his childhood.

“I must have spent my entire youth in Ireland. Every single holiday possible was spent in Ireland,” said a nostalgic sounding Graham.

“Mum moved to London when she was 17 and went back (to Newtowncashel) after my Dad passed away in 2001.”

The father of two is clearly attached to the former national Tidy Towns winning parish and only as recently as last month took up the opportunity to re-establish that connection by visiting his mum and sister.

But it is his strides in the fields of a multinational and multi billion aerospace industry which has seen his ACS enterprise land one of the most revered awards open to UK based companies.

The Queen’s Awards for Enterprise have been operating in various forms since 1966, developing over the years into the current format comprising four categories of Award.

The Queen’s Awards for Enterprise are awarded to businesses for outstanding achievement in four categories International Trade, Innovation, Sustainable Development and also for Promoting Opportunity (through social mobility), to recognise businesses who promote social mobility.

And it is in the first mentioned category in which Graham’s thriving creation is due to secure its own respective badge of honour.

Having cut his aeronautical teeth serving as an apprentice with British Airways, Graham took the brave decision to set up ACS almost a decade and a half ago.

“It was,” said Graham, when pressed if he felt the move was bold and laden with risk.

“In hindsight it was bold and if I genuinely understood the level of competition that there would be at the time, I probably wouldn’t have done it.

“But, you need a bit of ignorance I suppose.”

Ignorance, callowness, commercial rawness, call it what you will, it was a move which ultimately paid the richest of dividends.

Not alone is ACS widely decorated in its field, it boasts a 35 strong team of dedicated employees and works closely with some of the biggest airlines the world has to offer.

“For us (ACS) it means a lot,” confided Graham.

“It’s great for small and medium enterprises in the UK that are trying to get any advantage they can.

“It will help when we are dealing with people (companies) and other people that might be trying to get a (aircraft) part and will give us that bit of extra credibility.

“But it’s great for the staff too.”