Seán Colohan to set up a brewery in Ballymahon 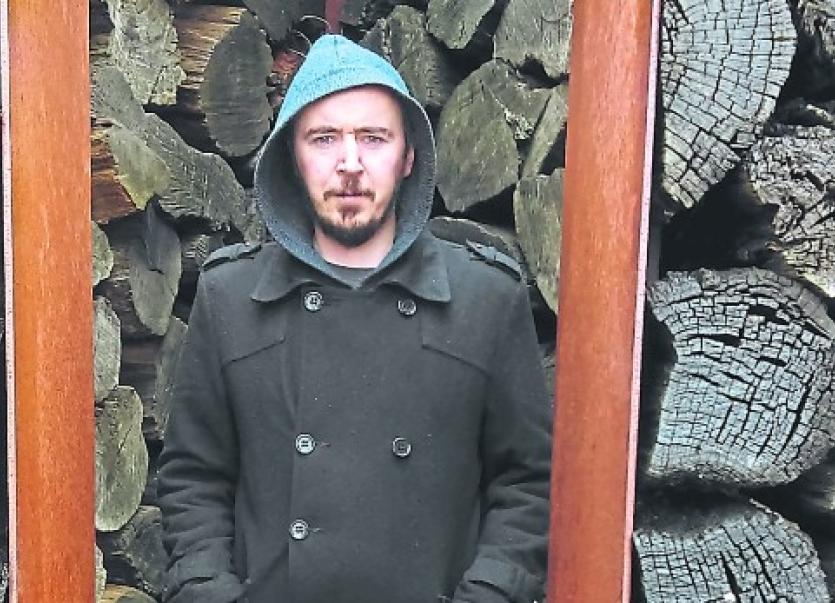 There's a lot happening in Ballymahon at the moment, with Center Parcs well under construction and RTÉ's Nationwide paying a recent visit to the south Longford town.

And Ballymahon is certainly one of the fastest-growing parts of the midlands as it prepares for the influx of new visitors that Center Parcs will bring.

New businesses are cropping up; there's a demand for housing and the town's morale has really been boosted.

“Ballymahon is really thriving at the minute and this can be seen in the shops at lunch time with the amount of construction workers in the town for the onset of Center Parcs, which everyone is excited about,” said Ballymahon man Seán Colohan, who is in the process of setting up his own business in the town.

“We're having major improvements and upgrades on our water supply, plus gas lines are currently being installed along with road improvements.

“A lot of local businesses are looking forward to the extra tourism that an attraction like Center Parcs will bring to the town and we hope to provide an extra attraction with the construction of a brewery providing local beer!”

Sean is from the Creevaghbeg area of Ballymahon and has been brewing his own beer for five years now.

A former student of Mercy Secondary School in Ballymahon, he went on to study Software and Computer Science between Aberystwyth in Wales and Athlone IT, before taking up a job with Scientific Games in Ballymahon.

He's been working there for the past ten years and, two years ago, he decided to pursue his passion for brewing his own beer.

“I studied remotely with the Institute of Brewing and Distilling to obtain my Certificate in Brewing and I am currently studying for the Diploma in Brewing exams later this year along with the Cicerone programme,” he explained.

But the big news in Seán's life right now is the fact that he has signed the lease on the premises for his new business, Wide Street Brewing Company Limited, in Creevaghbeg - a short walk from the centre of Ballymahon town.

The name, Wide Street Brewing Company, is one inspired by the town of Ballymahon itself, which has one of the widest streets in Ireland.

“We've spent the last 18 months preparing our LEADER application, which provides funding for start-ups and this was integral in making sure that we knew exactly what we were in for in setting up the business as it required a business plan, financial projections, material sourcing, equipment sourcing, market research and finding a premises,” Seán explained.

“And, due to this, we had a strong indication that we had a viable business idea stemming from a hobby we are all passionate about.”

Seán has been working on this business idea with his girlfriend, Carla Naltchayan, and his childhood friend Seán Diffley.

So far, everything is going according to plan, says Seán.

“We have permission to carry out internal construction as the building is zoned accordingly, so once we have submitted some final forms to LEADER regarding lease and insurance we should be free to start construction internally,” he added.

“One half of the premises needs new flooring with drains installed to accommodate the brewing tanks and the other half needs a small office, toilets, cleaning facilities, goods storage and a warm and cold room for conditioning the beer.”
Seán's inspiration for Wide Street Brewing Company stems from the fact that a lot of the beers he enjoys making and drinking himself - such as Saison, Bretanomyces IPA, wild beer, Brett saison and experimental yeast beers - are not readily available in Ireland.

“There are no breweries in Ireland currently making a regular supply of these styles of beers so the Irish market has only a small supply of imported versions of these styles from the US, Belgium and the UK,” he said.

Wide Street Brewing Company will be yeast-focused with alternative fermentation techniques, supplying a wide variety of craft beers that are not being brewed elsewhere in the country.

The brewery will cater for 1,000 litres, making it one of Ireland's smallest breweries and running alongside this will be a constant supply of small batch beers from a 50 litre pilot kit, which will be used for propping up yeasts, trialling new hop combinations and testing herbs and spices.

This brewery will be another feather to Ballymahon's cap, not to mention another attraction for the county of Longford in general.

“There are a lot of people worldwide that are really interested in brewery tours and hearing the story of the local brewery and drinking their beers fresh from the brewery itself,” said Seán.

“There are numerous websites and providers of brewery tours across Ireland so we hope to become a part of that and be a strong tourist attraction from the unique beers we will be providing unavailable elsewhere in Ireland.

“This should see a knock on effect on other bars, restaurants, shops and accommodation in the town so we can all benefit.”
And, with no other business like it in the town, the Wide Street Brewing Company team are looking forward to paving the way for a new kind of craft beer in Ireland.

“We're excited to be the first brewery producing a regular supply of these styles of beers, so it's not just something new for Ballymahon and Longford; it's something new for the Irish craft beer drinking scene as a whole, so we can't wait to get up and running,” Seán concluded.

To keep up to date with the progress of Wide Street Brewery, follow Seán's blog at www.widestreetdotblog.wordpress.com.