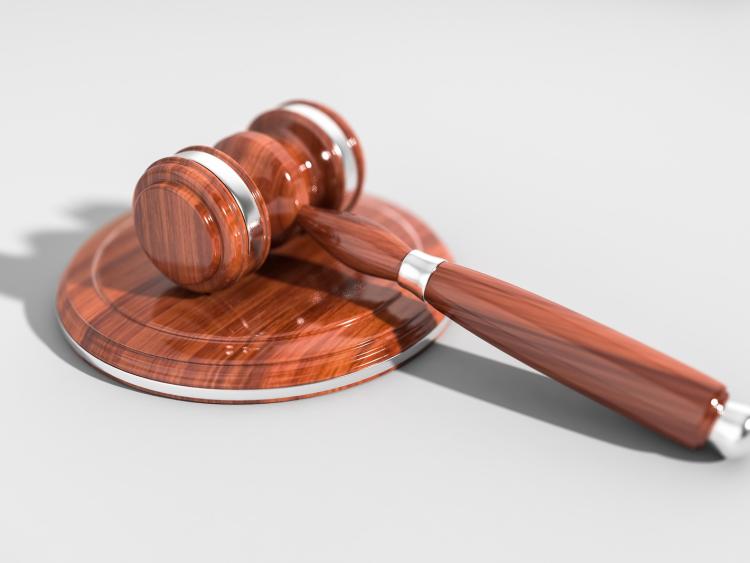 A man who appeared before Longford District Court last week charged in connection with the theft of money from another man in a local bookies was sent to jail for six weeks following a hearing into the matter.

Outlining the evidence to the court, Inspector Padraig Jones said that on the date in question at 8pm, the injured party in the case contacted Granard Garda Station and told members there that a man had taken money from him in a local bookmakers earlier in the day.

“The injured party said that he had dropped €250 on the floor of the bookmakers and the defendant picked it up and left the shop,” the Inspector continued, before pointing out the injured party subsequently followed Mr Dinnegan in an effort to retrieve his money.

“The injured party followed Mr Dinnegan out and asked him to return the money but Mr Dinnegan refused to do so, and denied that he had taken the cash in the first instance.

Meanwhile, the court heard the defendant was later arrested and questioned in respect of the matter before the court.

“Mr Dinnegan was later arrested in respect of the matter and taken to the Garda Station for questioning,” added Inspector Jones.

“While there he took four €50 notes from his socks and another €50 from his pocket.”

Defence solicitor John Quinn then told the court that Mr Dinnegan was adamant that the money in question had fallen on the ground in the bookmakers and he had subsequently picked it up.

“It was a regrettable thing to do,” Mr Quinn said.

He said he had lost money himself that particular day and he thought his luck was in when he stumbled across the money on the floor of the bookies.

“Honest to God judge,” added the defendant, “I thought God was on my side when I saw the money on the floor.”

Meanwhile the court was told why the money ended up in the defendant’s socks!

“The money ended up in my sock because I had a hole in my right pocket,” confirmed Mr Dinnegan, before apologising for his behaviour.

“I’m very sorry about what happened; I don’t want to go to jail for this.

“I miss my home and I miss my daughter judge.”

Mr Quinn then said in mitigation that his client had serious addiction problems and was currently attending support services.

“Mr Dinnegan has a serious alcohol addiction, but does go to his AA meetings,” the solicitor continued.

“He would be prepared to do Community Service if the court were to allow it.”

During his deliberations on the matter, Judge Hughes asked Mr Dinnegan when he was going to grow up?

“This behaviour is not acceptable and you are going to prison today; when are you going to start growing up Mr Dinnegan?”, added the Judge.

Meanwhile, the 47-year-old Mullingar man was sentenced to six weeks in prison.

Concluding proceedings Judge Hughes issued the defendant with a warning to behave himself in the future.