Katie Gallagher talks dementia, her song-writing process and the importance of not having an ego 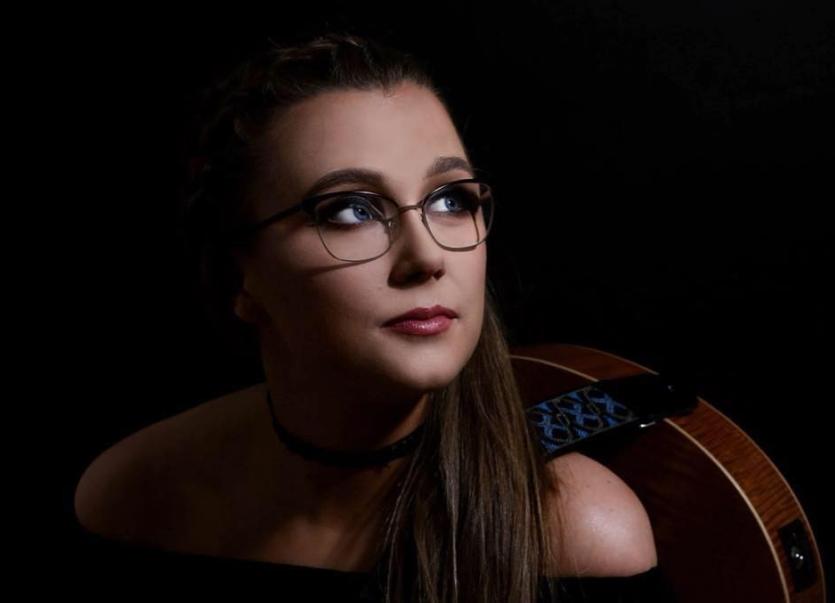 There's something incredibly refreshing about Ballymahon musician, Katie Gallagher, from the very down to earth attitude to the cheery way in which she expresses herself.

“I’m not allowed an ego - I wouldn’t want one anyway,” she told the Longford Leader with a laugh when the subject was broached.

“There’s no point in having an ego - especially with music, because you could be the flavour of the month one month and then the next month you could never sing again.”

And she's certainly a flavour that's lasting a while in Longford, drawing more and more attention to herself with each passing week.

She enjoyed the buzz of being featured on Seán O'Rourke's RTE Radio 1 show earlier this month and was fresh from an interview with Tiernan Dolan for Humans of Longford when she landed in to the Longford Leader newsroom on Friday afternoon.

“I love the idea of Humans of Longford,” she said, expressing her delight at being featured on the popular Facebook page.

“I know the Humans of New York was a big thing, but I love the fact that we’re doing it here and there are so many people telling so many nice stories.

“And I love scrolling through them and saying 'I know that person'. It's great.”

And, she added, being interviewed for the Facebook page, she found herself reflecting on her own success.

“It was a really nice chat and, to be honest with you, when he was writing, I was kinda thinking ‘oh my god, have I actually done that? Is that actually what I’m doing?’.

“It’s nice to put a bit of perspective onto last year,” she enthused.

And it's been an extremely successful year for Katie, who has released a number of singles and an EP, not to mention the countless other achievements that were peppered throughout the past 12 months.

The main focus at the moment, though, is the release of her new single, 'Yesterday', which is raising funds for the Dementia Research Project in DCU.

“Dementia is the same as any illness,” Katie explained.

“Everyone is affected by it, so I think the story was good for everyone. Everyone knows someone going through it, so it resonated.”

And, she added, her own family has been touched by dementia too.

“My granny had dementia in her last five years and I always wanted to write a song about granny anyway, so it was nice that we could write about her story and it was going for a good cause as well,” she said.

“Everyone is responding really well to the single and the money will go towards the Dementia Research Project, but also, they’re trying to bring in a new course for student nurses.”

The course in question will be like a crash course or a further education course to help nurses to understand the condition a bit better.

“I think we all know dementia affects the people around the person more than the patient themselves,” she said.

“So it’s nice to know if the nurses are that extra bit confident, it puts less strain on the families.

“I know DCU are really excited about this course, so hopefully it’ll bring a bit more money into it to get it going for September.

“It’s something I’m very passionate about, so I’m delighted I can be part of it. I’m delighted that they’ve allowed me to do it and trusted me to speak about it.”

As far as her music career is concerned, things are going well for Katie, though her exams in DCU are currently her focus.
“They’re kind of an inconvenience at this stage,” she laughed.

My granny had dementia in her last five years and I always wanted to write a song about granny. So it was nice that we could write about her story and it was going for a good cause.

“I’m kind of banned from the guitar at this point. But the gigs will keep going up until the exams and they’re continuing the minute my exams finished.”

In fact, she added, her last gig before exams will be a fundraiser for Backstage Youth Theatre next week, and as soon as her exams are over, she'll be performing at HYPE Youth Festival.

“Then the summer is another summer tour,” she said.

“Last summer was east and west, so this summer I’m going for north and south.”

And, she added, she's working hard this year because she's been nominated for a prestigious Pure M Award.

“I’ve been longlisted for that, so the committee will be watching me and whoever else has been longlisted. Then in September, the shortlist will be announced and I could be up for an award - I hope,” she said.

“So I have to make sure this summer is busy.

“I’m not getting my hopes up because I’m excited to be longlisted. Imelda May is on it. Gavin James, Niall Horan. It’s nice to be in the same list as them.

“So that’s why I’m making sure I have to be busy this summer, doing loads of big gigs hopefully.”

June and July are completely filled up with gigs, so things are looking good so far, she added.

And she has no intention of stopping. Her degree is almost in the bag, with only one more year of college to go. After that, she'll be pursuing music full time.

“The plan is straight after to take a year out and go hell for leather with the music. And hopefully that’ll go well and if it doesn’t, I’ll go back to teaching,” she explained.

But at the rate Katie is churning out songs, it'll be a surprise to everyone if it doesn't go well.

The young musician regularly posts live videos of new songs on her Facebook page, @KatieGallagherMusic, with a great response from her fans.

“To be honest, I used to have such a nice system for writing songs,” said Katie.

I'd hate if someone turned around and said 'oh my god, she's so cocky'. That would be my worst fear. I know I'm only starting off properly now. I have a long way to go yet before I've reached the goal in my head.

“It’s getting a bit harder now because I’m forcing myself to be a lot more honest in my songs. It’s easier to write someone else’s story, but when it’s your own feelings, it’s a bit intense.

“I have a lot of stuff in the idea stage. I’m kind of afraid to touch the guitar now at this stage because of exams just in case I don’t come back from it,” she laughed.

“I have a copy in the car at all times and if I have an idea, I write it down and I keep them grouped together so some ideas and words are there when I’m sitting down to write.

“But I’m really forcing myself to try and diverse the subject matter as well. I’ve written about loads of stuff.

“I think female singers and songwriters have a bad name for constantly singing about relationships so I’m trying to write about different things.

“I’m letting events happen, writing them down and then a few weeks later going back to it to see what comes out.

“Sometimes if it’s a raw situation, you don’t want to bring it up until a few weeks later. So I’m writing it all down so I don’t have to keep a diary.”

And the enjoyment of what she does really shines through when she's on stage with an audience that has come to see her. If you've ever been to one of her gigs, you'll know that it's all about chat, banter and some great tunes.

“I’ve been to gigs where there’s been no chatting in between songs, but I’d be a real chatterbox. Sometimes I’ll chat more than I’ll sing and that’s a danger as well, but I think the good thing about the gigs is I’m 100% honest. I’ll say it out like it is.

“We like to have a bit of craic and I have no problem bringing people up singing. I know in the Bog Lane Theatre (Ballymahon), we had loads of people coming up singing.

“It’s nice to be able to be like that because I don’t want anyone thinking I’ve any airs and graces either, so I’m doing it for the craic.

“I think in Longford in general, everyone is so supportive. But they’re not gonna let you away with too much either. You have to remember where you were two years back. Two years back I wasn’t singing at all, so I’m very lucky.

“I'd hate if someone turned around and said ‘oh my god, she’s so cocky’. That would be my worst fear.

“I know I’m only starting off properly now. I’ve a long way to go yet before I’ve reached the goal in my head.”

And the goal in her head isn't worldly riches and global fame, though surely she wouldn't turn that away.

No, Katie's goal is something much better: “I’ve loads of yearly goals and then I have one big goal.

“And the one big goal I suppose would be… I know this is gonna sound really cheesy, but… if I can make enough money to buy my mother a Range Rover, that’s all I want really. That for me is ‘made it’.”

To order a hardcopy of 'Yesterday' or to keep up to date with new music and gigs, see @KatieGallagherMusic on Facebook.

Read: Longford, are you not entertained?